While it is probably not the best idea to delve into the mind of a deadly assassin, new DLC for Hitman 3 lets players do precisely that. Hitman 3's Seven Deadly Sins DLC is a new 7-part expansion for the hit game from IO Interactive that takes players "deep into the mind of Agent 47." It will feature "new gameplay opportunities, visually distinct contracts and unique sin-themed rewards" that will all culminate in "subvert[ing] expectations and challeng[ing] players to resist each of the seven sins."


Over time, IOI will release the Seven Deadly Sins DLC across seven unique content packs which focus on a different sin. Each DLC pack will "include a visually distinct contract, sin-themed unlockable suit and at least one sin-themed item that can be used across the World of Assassination." Coming first on March 30th is the Act 1: Greed expansion which will take players back to Dubai to experience the lavish world, which can be seen in the trailer below:
As IOI explains in the blog post, "the focus of Act 1: Greed is a new Escalation called The Greed Enumeration, which allows you to carry certain items over between each of the three stages." If you feel greedy in-game, you can prove it and perhaps unlock the Rapacious Suit, the Greedy Little Coin, and The Devil's Cane shown in the above trailer. 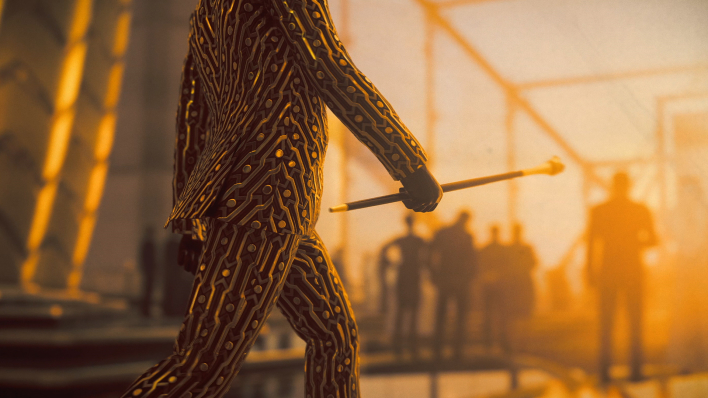 If you want to experience the full DLC, you can purchase each content pack individually for $4.99 or all seven at once for $29.99, which saves around $5. Besides the paid DLC that is the month's focus, there will also be free new content such as "Escalations, Featured Contracts and Elusive Targets to be added to the game regularly" during the "Seasons of Sin" lasting four to six weeks each. Furthermore, new and returning seasonal events, such as the new Berlin Egg Hunt, will be available to all owners.

Overall, it seems like quite an exciting time to be a Hitman 3 player as a plethora of content is coming your way. If you want to read more about what is in store for Hitman 3, you can take a look at IOI's blog post here and read more into the mind of Agent 47.