Some rivalries seem eternal. The tech sector alone hosts several feuds including a mobile tug-of-war between Apple’s walled-garden iOS and Google’s more open Android operating systems. Fans of either approach love dunking on the other side, but that does not mean there’s no room for common ground. Apple tends to eschew interoperability, even going so far as to degrade the experience of any iOS user who dares to communicate with an unwashed Android phone. Google is fed up and wants Apple to #GetTheMessage and embrace RCS messaging to improve the customer’s experience.

Apple initially developed its iMessage platform to replace archaic SMS messaging. iMessage truly has been a revolutionary upgrade by almost all accounts. It encrypts messages end-to-end by default to enhance privacy, hosts high resolution photos and videos, and can be readily accessed from any modern Apple device. The catch is, Apple only allows iMessage to work on their devices. If the user needs to communicate with someone on a different platform, iMessage falls back to SMS and MMS which have very limited capabilities. Apple makes the experience more distasteful by coloring these messages a piercing green instead of iMessage’s own soothing blue. 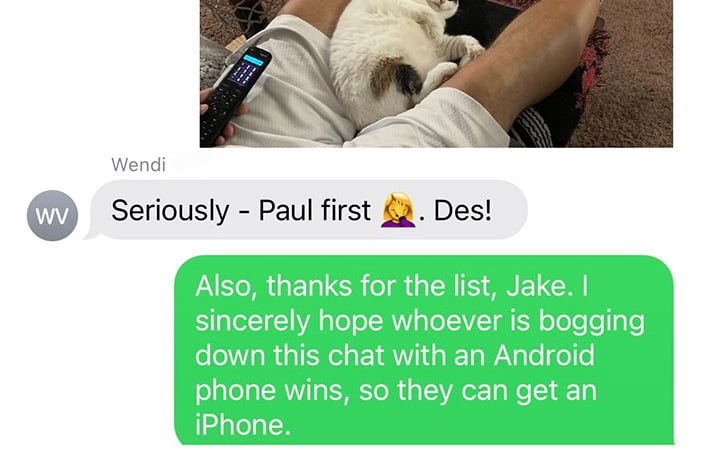 It does not have to be this way, though. RCS, or rich communication services, messages were introduced on Android nearly five years ago and offer very similar functionality to iMessage. While initially unencrypted, Google added end-to-end encryption for one-on-one messages in 2020. More important to most people, RCS messages do not degrade the quality of media like MMS does.

The campaign pushes all the blame for tiny and pixelated videos onto Apple. ATTN: explains that Apple could upgrade Android threads to use RCS instead of SMS while not affecting texting between Apple devices at all. Google portrays themselves as having extended all the olive branches in this situation while Apple refuses to play ball.


In some respects, Apple may feel they are protecting their customers. The RCS rollout was not without flaws, though these were largely due to implementation failures rather than the protocol itself. Apple cannot exactly claim perfection in this regard, either. In any case, RCS is leaps and bounds more secure than the SMS protocols it replaces. If nothing else, Apple should embrace RCS just to put SMS to rest once and for all.

Google wants consumers to help amplify their message through use of the #GetTheMessage hashtag on social media. The campaign’s webpage lists a multitude of additional reasons to join the push. Google points out that SMS users are unable to leave group chats, that SMS messages require a cellular signal and cannot be sent over Wi-Fi, and of course an appeal for Apple to axe the bright green background that distinguishes SMS texts.