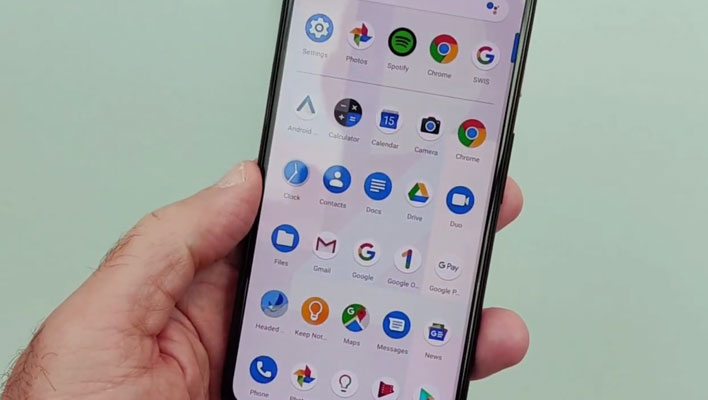 Google is pushing out its first "Pixel feature drop" to Pixel 4 XL and and Pixel 4 owners, and with comes a handful of new features and improved capabilities, such as better facial recognition when using your mug to unlock your handset. What exactly is a Pixel feature drop, though, and how does it differ from Google's regular updates?
Well, Google seems to be taking a page from Microsoft (sort of) with how it keeps its latest generation Pixel handsets updated. With the release of Windows 10, Microsoft committed to pushing out major feature updates twice annually, in addition to its usual monthly security patches (and out of cadence emergency patches for zero-day threats, as necessary).
Google's new approach to updating its Pixel phones is similar, though not identical. Monthly security patches are still the norm, but now Google withholds certain upgrades for inclusion in quarterly Pixel feature updates. Or as Google explains it, "Your Pixel automatically updates regularly with fixes and improvements. Now, your Pixel will also get bigger updates in new Pixel feature drops."

The very first Pixel feature update is now available to Pixel 4 series smartphone owners. One of the features it brings with it is a change to Face Unlock. Before this update, Pixel 4 owners would scan their mug, and that data would be used to unlock their phones with their face. That still applies, though with this latest update, the feature constantly improves. Instead of relying solely on the initial scan, Pixel 4 devices now improve over time, as it uses recent images when unlocking the phone to stay up to date. So, no worries if you decided to grow a beard or get a Mike Tyson-style face tattoo.
Pixel 4 owners will also benefit from improved GPS tracking. This comes by way of support for dual frequency GNSS, which allows the phone to track from more than one signal from a satellite using two different frequencies. Specifically, the L1 and L5 frequencies are now used for GPS (and E1 and E5a for Galileo satellites).
According to Google, this results in "amazingly fast accuracy in Google Maps with improved on-device computing for much better location quality." So, yay for that.
Lastly, the first Pixel feature update introduces eSIM support for T-Mobile in the US. Some users had reported being able to activate their Pixel 4 phones on T-Mobile's network prior to this, but the latest update should make it easier. In addition, this allows for dual-SIM connectivity, by using T-Mobile with the eSIM and a physical SIM to connect to a different network.