Does everyone remember those classic digital alarm clocks? You know, the ones with a loud and grating buzzer sound that makes people want to throw them out the window. Or how about the classic alarm bell? Those sounds are were intentionally loud, irritating, and jarring to ensure you'd wake up and start your day. Well, Google has a new experiment that looks like it tries to make the experience of alarms and notifications much less jarring.

Little Signals, from the Experiments with Google team, has brought forth a concept of six new devices meant to notify users more subtly than those awful clocks, by providing visual cues, such as a change of color or a shadow. There are other cues as well, like a small tap, a puff of air, or a gentle noise like wind chimes. This all roots from a wellness initiative known as Calm Technology. Even Windows 11 seems to have sounds that follow this design concept as well.

The team has specifically outlined six Pavlovian response devices to provide subtle messages to their users -- Air, Button, Movement, Rhythm, Shadow, and Tap. An example of Movement is a circular device that keeps a hidden ring within, in the event a signal is triggered the device will slowly open and reveal the color. With the Tap option, an example alert used a pill bottle, where, upon a signal trigger it will use a servo to drive an arm to tap the bottle, reminding you to take your meds. 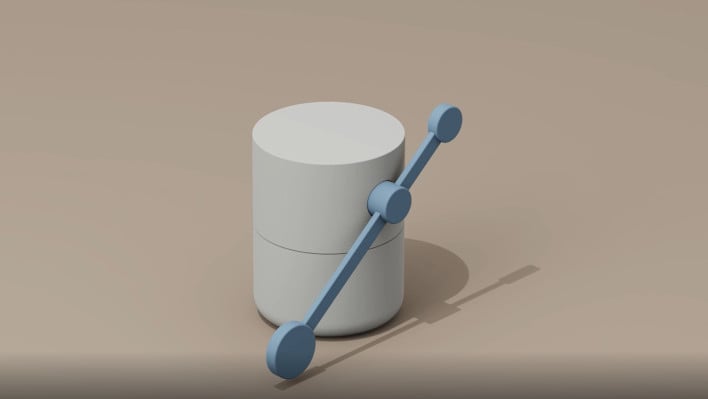 Little Signals Tap Render
This is the latest wave of conceptual designed to come out of Google Experiment projects, the birthplace of many of Google's products, like Google Chrome, Android, and much much more. It is important to point out that, while Google Experiments does have a lot of projects that do make it to market, significantly more never do. So, while this new installment from that team is pretty cool, we, as consumers may never see them. Still, if we do, it might be nice to wake up to a fresh puff of air, instead of a cranky siren.

Tags:  (nasdaq:goog)
Show comments blog comments powered by Disqus
Follow Us:
What Are You Playing Now?