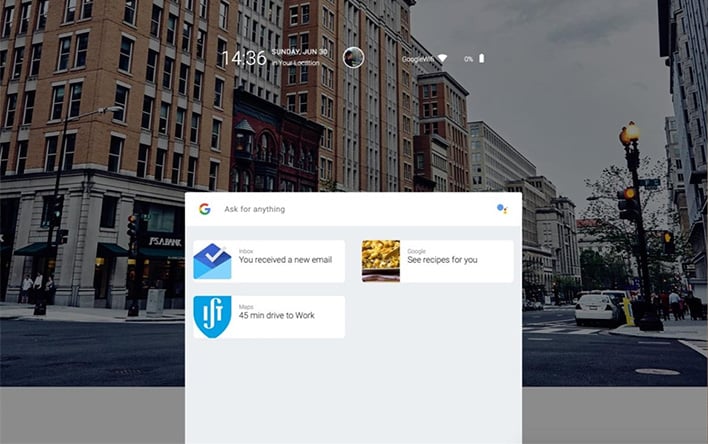 Every so often, we hear an update about Google's open-source Fuchsia operating system, just never anything on when (or if) it will actually release. That has not changed. However, Google's Fuchsia OS did reach an important milestone of sorts—it has been certified and listed with the Bluetooth Special Interest Group (SIG).
Why is this an important milestone? As noted by 9To5Google, which spotted the Bluetooth SIG listing, any device or software that uses Bluetooth must first be certified before they can made available to the public. So in that regard, Fuchsia is one step closer to launching, assuming it will eventually launch (and we've seen nothing so far to definitively indicate it will not).
The listing specifically highlights the "Google Sapphire 1.0 Bluetooth Core Host Solution." There are not any telling details associated with the listing, just that it went live today. However, Sapphire is the codename for Fuchsia's Bluetooth stack. In addition, the listing also mentions Fuchsia in the description field, so we know for sure it's related to Google's upcoming OS.
You may recall that Google's Fuchsia OS developer site went live last year. There are some interesting bits, for anyone who cares to dig around. According to the uploaded documentation, Fuchsia is designed for security and privacy, and to be updateable. Google is also focusing on making it language and runtime agnostic.
"Fuchsia currently supports a variety of languages and runtimes, including C++, Rust, Flutter, and Web. Fuchsia is designed to let developers bring their own runtime, which means a developer can use a variety of languages or runtimes without needing to change Fuchsia itself," the documentation states.
Google makes a point of saying Fuchsia is not based on Linux, which distinctly separates from both Android and Chrome OS. Fuchsia has its own kernel called Zircon, and according to Google, it is not a microkernel.
"Although Fuchsia applies many of the concepts popularized by microkernels, Fuchsia does not strive for minimality. For example, Fuchsia has over 170 syscalls, which is vastly more than a typical microkernel. Instead of minimality, the system architecture is guided by practical concerns about security, privacy, and performance. As a result, Fuchsia has a pragmatic, message-passing kernel," Google explains.
It will be interesting to see what becomes of Fuchsia. Perhaps nothing, though the recent Bluetooth certification suggests it has not been left to wither into obscurity.