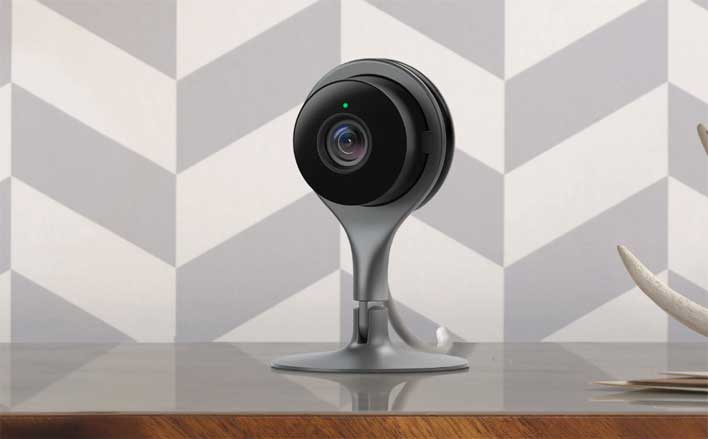 Google has announced that it is temporarily (and automatically) reducing the video recording quality for its family of Nest cameras. Google is taking this step to reduce the amount of bandwidth required in an attempt to lessen the strain on ISPs, and the internet in general. Demand for bandwidth is booming with people all around the country (and around the globe) being forced to work from home due to the coronavirus.

The change is temporary, and only the quality and bandwidth settings will be adjusted. Google says that other user-configured settings will remain the same and will work normally. It's unclear what the default quality setting will be, but presumably somewhere in the middle of the three or four video quality settings that Nest devices offer depending on the product.

Nest users who don't want to reduce their bandwidth or video quality to help ease internet congestion can change their setting back to where they prefer after Google makes the automatic change. Users will know when the change is made, because they will receive a notification from the Nest app. After Google decides that it is safe to go back to higher-quality video as the default option, the Nest app will send out another notification.

In addition, Google has also announced the following changes to its other hardware devices:

We are also changing the rotation interval speed of Ambient Mode photo slideshows on Nest Hub, Nest Hub Max, Chromecast and compatible Cast-enabled devices, and slightly reducing the resolution of the images in those slideshows. When internet resources are less inundated, we’ll return your device’s setting back to its previous state.

There has been controversy surrounding Nest cameras over the last several months. Last summer, Google patched used Nest cameras to prevent a flaw that could allow previous owners to access video feeds from the camera.