I can see a pack of Chromebook owners gathering in the distances with torches and pitchforks in hand, but the crowd is getting smaller. A lot smaller, actually, according to the latest figures from IDC. Or bigger, depending on which numbers you look at (more on that in a moment). Meanwhile, in the dedicated tablet category, Apple and its iPad lineup continue to dominate.
Tablets and Chromebooks saw "solid growth" over the full course of 2021, but IDC also notes that shipments slowed in the fourth quarter in terms of year-over-year comparisons. Quite a bit too, in some cases—Chromebooks nosedived 63.6 percent in the fourth quarter of 2021 compared to the same quarter a year prior.
Or put another way, Chromebook shipments tallied 13.1 million units in the last quarter of 2020, but just 4.8 million units in the fourth quarter of 2021. Only Acer and Dell hit the 1 million unit shipment mark for Chromebooks, with year-over-year declines of 43.3 percent and 63.6 percent, respectively. HP saw the biggest decline, however, with a huge 86.7 percent drop in shipments year-over-year. 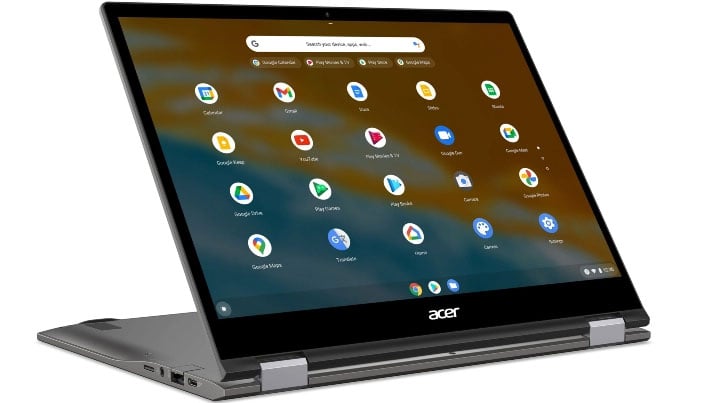 "Much of the initial demand for Chromebooks has been satiated in primary markets like the U.S. and Europe and this has led to a slowdown in overall shipments. However, Chromebook demand in emerging markets has seen continued growth in the past year," said Jitesh Ubrani, research manager with IDC's Mobility and Consumer Device Trackers.
Ubrani also pointed to tight supply due to ongoing component shortages, which has resulted in vendors prioritizing Windows machines with higher price tags (and presumably bigger profits).
Meanwhile, tablet shipments only declined 11.9 percent year-over-year. Apple's iPad models are proving the most popular, accounting for 17.5 million tablet shipments in the fourth quarter. Samsung took a distant second-place finish with 7.3 million shipments, followed by Lenovo (4.6 million), Amazon (3.6i million), Huawei (2.5 million), and all others (10.5 million).
Looking at the full year, tablet shipments grew 3.2 percent to 168.8 million units, the most since 2016
Chromebooks also grew to the tune of 13.5 percent for the full year, but the sharp year-over-year decline in the fourth quarter signals they've lost some luster. Even with vendors prioritizing Windows machines, there are still plenty of Chromebooks in stock.
This could be why Google and its hardware partners are supposedly prepping Chromebook models aimed at gamers. Some of the models are said to come with an Intel 12th Gen Alder Lake processor and RGB keyboard, though realistically, these will be vectors for cloud gaming services like NVIDIA's GeForce NOW and Google Stadia.