Laptops have never really been a go-to model when it comes to upgrades. While some high-end gaming laptops allow you to swap out the memory, processor, and even GPU in some cases, most thin-and-light laptops are designed so that upgrades are extremely difficult or impossible once you get it in your hands.

Framework, a U.S. startup based in California, is looking to change that perception with its fully upgradeable Windows 10 laptop. The Framework Laptop has a 13.5-inch display with a resolution of 2256x1504 and 11th generation Intel Tiger Lake processors. And most importantly, the bulk of the external/internal hardware is user-replaceable/upgradeable. 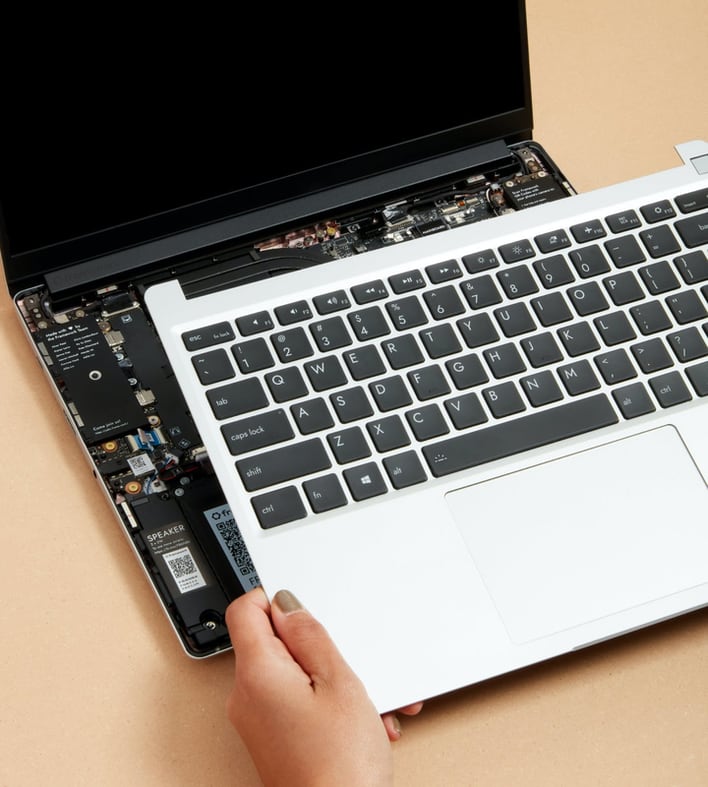 When it comes to the exterior, the screen and the keyboard can be replaced if needed. Framework says that just about anyone can accomplish upgrades, and it even includes a screwdriver in the box, which is all that's required to upgrade/repair the system. The bezels around the display attach magnetically, allowing you to change colors to suit your tastes. The modularity even extends to external ports. Four USB-C-based bays can accommodate your choice of microSD, HDMI, DisplayPort, USB-C, and USB-A ports. So, if you want to load up the system with four USB-C ports, it's entirely possible with the Framework Laptop. 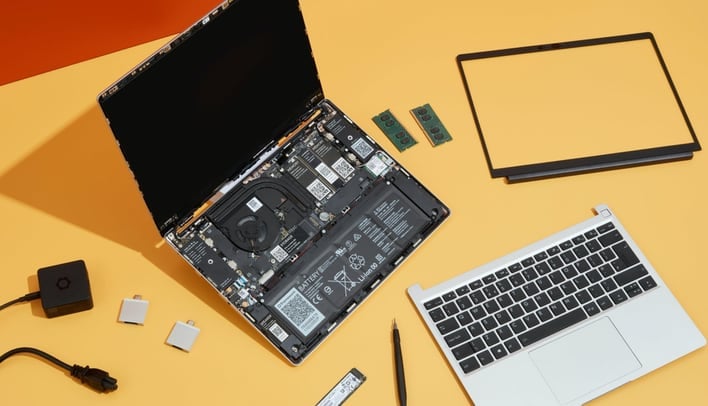 Moving inside the Framework Laptop, the motherboard, RAM, and storage are all upgradeable. The $999 Base configuration comes with a Core i5-1135G7, 8GB of RAM, and a 256GB SSD. The $1,399 Performance configuration upgrades the memory to Core i7-1165G7, 16GB of RAM, and a 512GB SSD. Finally, the $1,999 Professional edition throws in a Core i7-1185G7 and double the RAM and storage to 32GB and 1TB, respectively. The Professional also comes with Windows 10 Pro, while the other two configurations have Windows 10 Home.

Framework will also sell the Laptop in what it calls a DIY Edition starting at $749 with the Core i5-1135G7. From there, you can choose your RAM, storage, Wi-Fi module as provided by Framework or bring your own components to complete the system. You'll also need to bring an operating system to the table.

Framework is currently taking $100 refundable deposits for the Laptop and says that systems will ship in July.