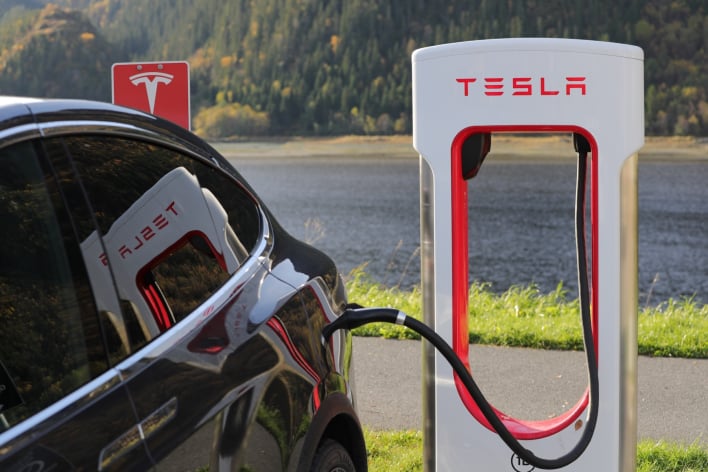 Electric vehicles are certainly the way of the future, but there are some roadblocks ahead of mass EV adoption. This includes concerns about the range and charging times of the vehicles, so you can get where you need to go without running out of juice. To solve this problem, Israeli company StoreDot has created and is now producing an extremely fast-charging battery that could provide electric cars up to 300 miles of range in under five minutes of charging time.

In 2019, StoreDot demoed what they called the first generation of ultra-fast charging batteries. They built a battery pack for a scooter and charged it in under five minutes, after which someone rides away on the scooter as proof of concept for the demo. Now, the company announced that 5-minute charge batteries are available as engineering samples. The goal of these early prototypes is to "showcase the technology to potential EV and industry partners." StoreDot walks through its battery technology in this quick video and you can see the scooter in action...


At present, StoreDot produced these new batteries in China with a strategic partner called EVE Energy Co. Of this partnership, the most important note is that StoreDot could use existing Li-ion battery production lines to produce the new batteries, so new manufacturing infrastructure will not be required.

Though the five-minute charge batteries are cool, they are also not the final iteration of batteries to come from StoreDot. The company intend to release a second-generation battery that uses a silicon anode over the current graphite solution in the coming months, which should end up cheaper. Moreover, the company is also making place to create a StoreDot manufacturing facility somewhere in the world which would have up to 1000 employees, with production ramping up in 2022.

Overall, it is incredible to see technology progress to where we could potentially charge a car as fast you could fill one up with traditional gasoline. It certainly sounds like the proverbial holy grail for EV charging.  Furthermore, this breakthrough in technology and production will make the future of electric vehicles more viable globally, which will obviously help our ecosystem at large. It is an exciting time to keep an eye on electric vehicles and batteries, so stay tuned to HotHardware for more updates like this.