We have electric scooters, electric bicycles, and electric cars, even ones that go insanely fast. Thanks for Harbour Air, North America's biggest seaplane airline company and a proponent of electrical aviation, we can add add electric commercial aircraft to the growing list of transportation options that are entirely battery operated.
By way of a six-passenger DH-2 de Havilland Beaver, Harbour Air completed a successful flight of the world's first all-electric commercial aircraft. The achievement took place above the Fraser River at Harbour Air Seaplanes terminal in Richmond, with a 750-horsepower (560 kW) magni500 propulsion system making the magic happen.
Here's a short clip of highlights from the flight...

"Today, we made history," said Greg McDougall, CEO and founder of Harbour Air Seaplanes. "I am incredibly proud of Harbour Air's leadership role in re-defining safety and innovation in the aviation and seaplane industry. Canada has long held an iconic role in the history of aviation, and to be part of this incredible world-first milestone is something we can all be really proud of."
McDougall piloted the historic flight, which Harbour Air says marks the start of the "third era" in aviation, that being the electric age.
Harbour Air had partnered with magniX earlier this year with the goal of making this happen. It was then the company unveiled the magni500 at the Paris Air Show, which it describes as a high-power-density electric propulsion system that provides clean and efficient power to airplanes. 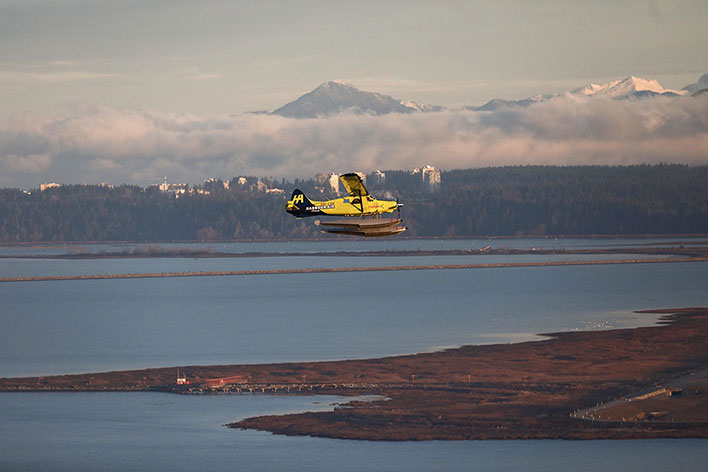 Ganzarski says the aviation segment is "ripe for a massive disruption" after having been stagnant since the late 1930s. "Now we are proving that low-cost, environmentally friendly, commercial electric air travel can be a reality in the very near future," Ganzarski added.
The flight was not a long one—just around 4 minutes. Ganzarski says the first commercial flights will be no longer than 30 minutes, because the battery capacity is not sufficient for longer travel times. Most of Harbour Air's routes fit within that window, however, so this is something that could actually be deployed.