Do you need a powerful computer that comes in the form factor of a credit card? The new ROC-RK3566-PC from Firefly should fit the bill, supporting up to 8GB of RAM and an M.2 NVMe SSD which should be plenty for many workloads.

To kick things off, this pint-sized PC packs a quad-core Cortex-A55 running at up to 1.8GHz alongside an ARM Mali-G52 2EE GPU with support for a variety of rendering APIs and video codecs. This single-board computer can also be configured with up to 8GB of LPDDR4 ECC RAM and up to a healthy 128GB eMMC before you must worry about adding an M.2 NVMe PCIe 2.0 SSD. 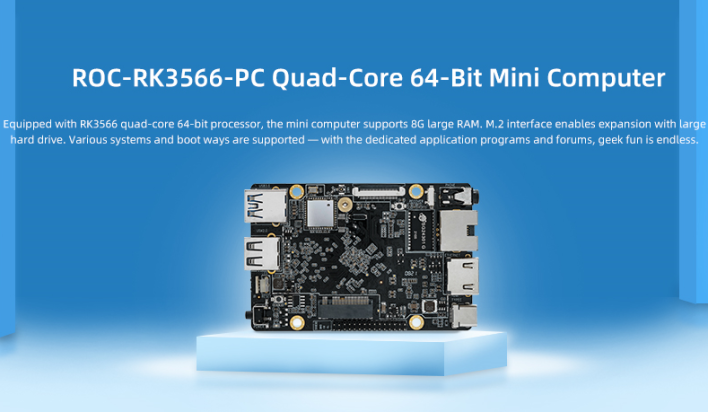 As for connectivity, the board boasts gigabit ethernet, dual-band Wi-Fi, and Bluetooth 5 onboard. There is also one HDMI 2.0 port and one MIPI DSI port for video, alongside one USB 3.0 Type-A port, one USB 2.0 Type-A port, and a USB Type-C for power and OTG. Interestingly, there is also a MIPI-CSI camera interface for up to an 8MP camera and an IR receiver for whatever you can think of. 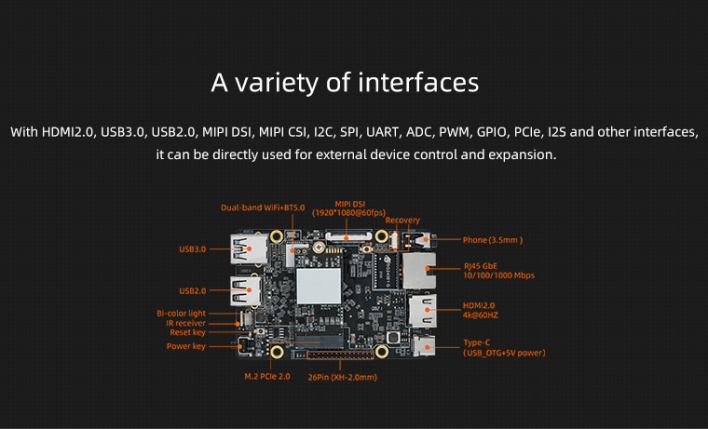 Overall, this little device is built for either creative projects or creative use in what could be some cool projects as an alternative to numerous Raspberry Pi solutions. As it stands, it supports Android 11, Ubuntu 18.04, Buildroot + QT, StationOS and perhaps Windows in the future, but only the Android and Linux software tools are available. If you want to pick one of these up, they are available now starting at $89 on Firefly’s store. It appears that the 8GB version of the board is not available quite yet, so keep an eye on the store for updates. Also, let us know what you think of this little device and ideas you would have for it in the comments below.