It didn't take long for EVGA to announce a custom graphics card based on NVIDIA's just-announced GeForce RTX 3050, the latest addition to its growing line of Ampere GPUs. And actually we're looking at two models from EVGA, including the GeForce RTX 3050 XC and LGeForce RTX 3050 XC Black, both in a relatively compact form factor.
The GeForce RTX 3050 got its debut today during NVIDIA's media event as part of CES week. It aims to be the most affordable RTX 30 series GPU, and also the first-ever 50-class desktop card to feature dedicated hardware for ray tracing, which could prove an important differentiating factor for buyers on a more restrictive budget compared to higher-tier cards.

We don't have all the details on the GeForce RTX 3050 just yet, though NVIDIA did say it comes with 8GB of GDDR6 memory. EVGA's product page for its XC models also note an effective 14GHz clock speed for the memory. While we don't know the GPU clocks or number of CUDA cores, NVIDIA says its latest GPU can "power the latest ray-traced games at over 60 frames per second." 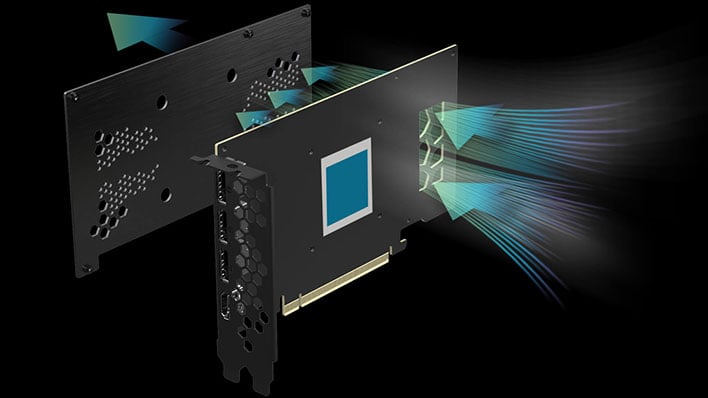 Both of NVIDIA's custom XC/XC Black variants are compact cards with dual-fan cooling solutions. The XC (non-Black) ups the ante with a metal backplate and "carefully placed cut-outs" in both the backplate and PCB to improve airflow and decrease exhaust recover. It's not clear if there are any other differences between the two models.
Depending on availability (always a wildcard when it comes GPUs these days), these custom models could be intriguing options, especially for gamers who are rocking a small form factor PC.
Pricing and availability for EVGA's GeForce RTX 3050 XC/XC Black cards will be announced at a later date.