The ESRB (Entertainment Software Rating Board) is the agency that rates video games so parents and other shoppers know what sort of content a video game will offer and if its appropriate for the gamer. Today the ESRB announced that it will begin assigning a new Interactive Element to video games where the label will include "In-Game Purchases" and "Users Interact" notices. The "In-Game Purchases" interactive element is meant to inform parents and other consumers that the game offers the ability to purchase additional items without leaving the game.

The ESRB says that to provide even greater transparency about the nature of in-game items available to purchase, the organization will also begin assigning a new interactive element that says "In-Game Purchases (Includes Random Items)." That notice will be applied to any game that contains in-game offers to purchase digital goods or premiums with real-world currency. The same notice will be applied to games that offer in-game purchases with virtual coins or other forms of in-game currency that can be purchased with real-world money. 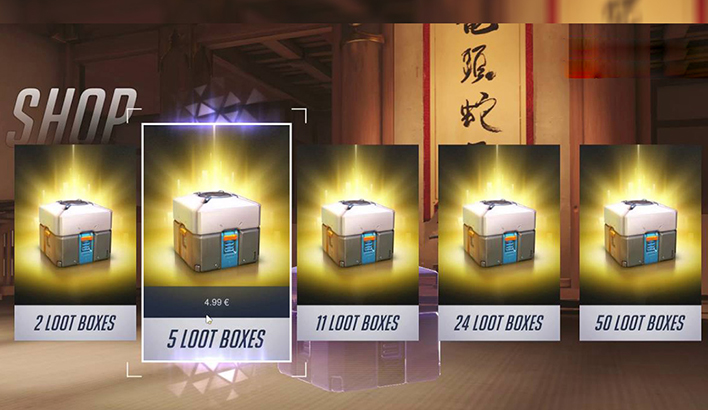 Any game that has players pay for things without prior knowledge of the specific digital goods or premiums they will be receiving, will carry that warning. Any video game that offers loot boxes, item packs, or mystery awards will also carry the disclaimer. The ESRB says that the same notice may also cover other non-randomized paid elements. The whole point of the new warning is to allow consumers to make more informed decisions when purchasing or downloading a game, rather than finding out that these fee-driven hooks exist that can substantially change the nature of a game, after they have already committed to buying a title.

Gamers see this as a good thing as there are plenty of people out there who loath in-game purchases and microtransactions. The ESRB claims that the research showed parents are far more concerned about the child's ability to spend real money in games than the fact that the in-game purchases may be randomized. The ESRB notes this fact helped to form the introduction of the In-Game Purchases interactive element. The term "loot box" was specifically avoided, according to the ESRB, because the term doesn't encompass all types of randomized in-game purchase mechanics. The organization wanted the label to cover loot boxes and all other similar mechanics. In related news, last summer Sony, Nintendo, and Microsoft all vowed to require loot box odds to be disclosed to gamers.