What are video games without a few mods? Elden Ring has proved to be immensely popular and modders have already worked to add their own touch to the game. Two recent mods make it easier to obtain and retain runes in Elden Ring.

Runes essentially function as XP and purchasing currency and are primarily obtained through defeating enemies. Players lose their runes if they die and must return to the place where they were killed to pick them up. However, if a player dies again before recovering their runes, those runes are lost forever. There are certain items in the game such as the Fringefolk's Rune that serve as a bank for runes and are not lost if the player dies. However, these items are uncommon and newer players are unlikely to have these kinds of consumables on their person. 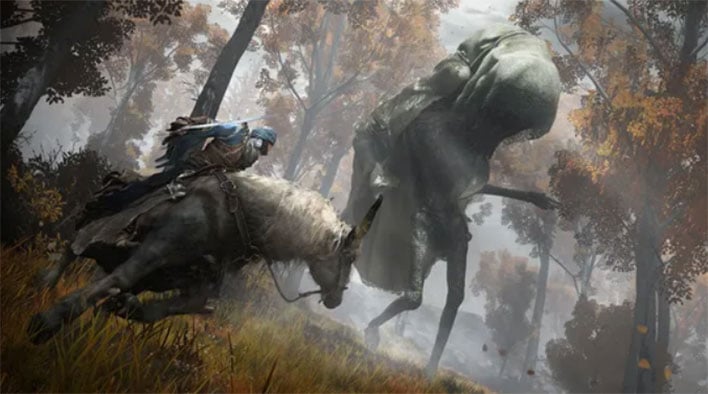 These mods address the grind to obtain runes as well as the frustration players may feel if they lose their runes after multiple deaths. A mod by “Psyken Gaming” gives the player 99 million runes at the start of a new game. The “Recover Runes Immediately” mod by “CheezeOfAstora” allows players to easily recover their lost runes. They note, “As soon as you die and respawn at the Site of Grace/Stake of Marika, you'll get a prompt to recover your runes. No need to go to the exact spot of death to recover the runes.”

Players have also found a way to “pause” Elden Ring. FromSoftware games typically do not have a traditional “pause” button. However, Elden Ring players can catch their breath during an onslaught of enemies by going to the inventory and clicking on “Menu Explanation.” This trick will not work if a player has enabled multiplayer, but will work for those playing on their own.

Many players have argued over Elden Ring’s level of difficulty. Some contend that Elden Ring is a very hard game and that the aforementioned mods and tricks are especially necessary for inexperienced players. Others insist that the game is easier than previous FromSoftware games and have criticized any options or strategies that make the game more accessible to “casual” players. Regardless, there are tools out there if you need them to help you get through the game.