One of AMD's add-in board partners, Sapphire, appears to have released a graphics card for cryptocurrency mining that is equipped with not one, but two Radeon RX 570 GPUs, if a new leak is not pulling our collective legs. Sapphire has made no such announcement, mind you, possibly because it wants to keep the release on the down low.
That would be understandable, considering that crypto-mining is at least contributing to the general unavailability of graphics cards. Releasing a mining card in the midst of it all could be frowned upon by some gamers, and Sapphire may not want to attract that kind of ire. Which again, assumes this leak is legitimate in the first place.
A regular Radeon RX 570 is built around a Polaris 20 XL graphics chip with 2,048 stream processors clocked at 1,168MHz (base) to 1,244MHz (boost), and 4GB of GDDR6 memory (7Gbps effective) tied to a 256-bit bus, for 224GB/s of memory bandwidth. 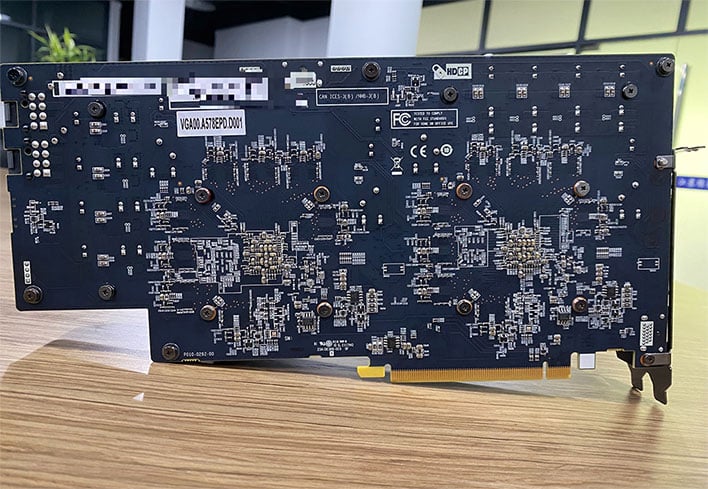 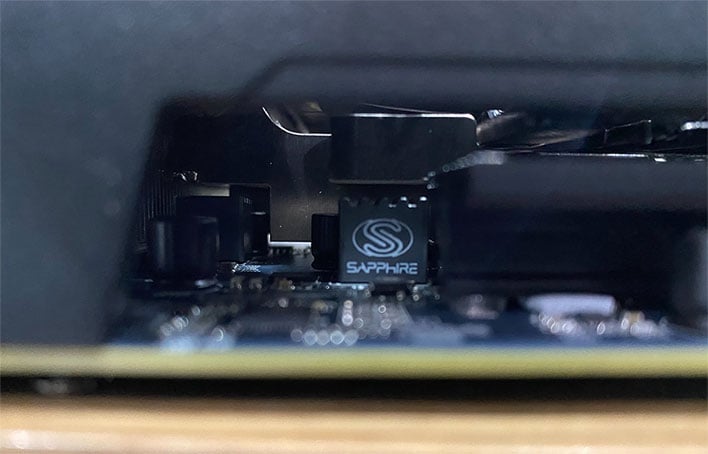 According to what can be seen in a batch of photos posted to Saraba1st by user DOOMer, Sapphire has built a version of the Radeon RX 570 with two GPUs. The branding is not obvious on the custom cooling shroud, though tucked underneath it, Sapphire's logo and name is visible, plastered on a choke in one of the pictures. 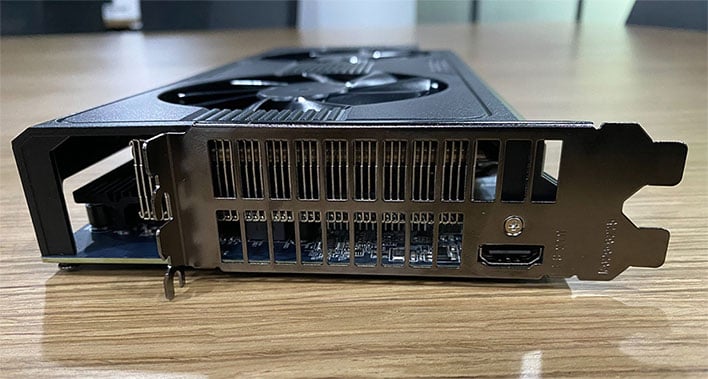 In another photo, we see the I/O assortment, or lack thereof—the card only offers up a single HDMI output, which would be consistent with this being a graphics card designed specifically cryptocurrency mining rather than gaming.
As to what kind of mining performance such a card is capable of achieving, have a look...

Among the photos of Sapphire's dual-GPU Radeon RX 570, the user also posted hash rate data, which is almost definitely relates to Ethereum. According to the screenshot, each GPU consumes 78W of power for 156W total (actual output could be higher than indicated), with a hash rate of 29.5MH/s on GPU1 and 30.17MH/s on GPU2.
That works out to nearly 60MH/s (or to be precise, 59.69 MH/s combined for the two GPUs). Decent enough, but if a recent compilation of mining efficiency figures is accurate, then the Radeon RX 6600 XT is still the efficiency king. The dual-GPU Radeon RX 570, as represented here, is about on par with a Radeon RX 6800, according to that chart (64MH/s at 150W).
The user says they paid 5,300 Chinese Yuan for the card, which works out to around $818 in US currency. That sounds about right in today's overpriced GPU landscape.