For many people, the golden age of PC gaming was the DOS era. Or maybe that is just my nostalgia kicking in. Either way, emulation is the key to reliving those days, playing old games that are neither lost nor completely forgotten. One of the go-to emulators has been DOSBox, but the newly released DOSBox Pure promises an even easier time getting old games up and running, with some nifty features to boot.
"After 6 months of quite intense development, DOSBox Pure has been released for public testing. DOSBox Pure is a new fork built for RetroArch/Libretro, aiming for simplicity and ease of use," indie developer Bernhard Schelling explains.

Part of what makes DOSBox Pure so easy to use is that it can load DOS games from ZIP files, and save them into separate save files. That is really just the tip of the iceberg, though. DOSBox Pure offers a wealth of features, like an on-screen keyboard, support for save states, the ability to rewind games (sort of similar to Prince of Pesia: The Sands of Time, but you can go back much further than 10 seconds), and much more.
DOSBox Pure also features automatic game detection to serve up custom gamepad and keyboard mappings, which is a potential boon. And of course if offers mouse, keyboard, and joystick emulation for gamepads, in addition to the on-screen keyboard. 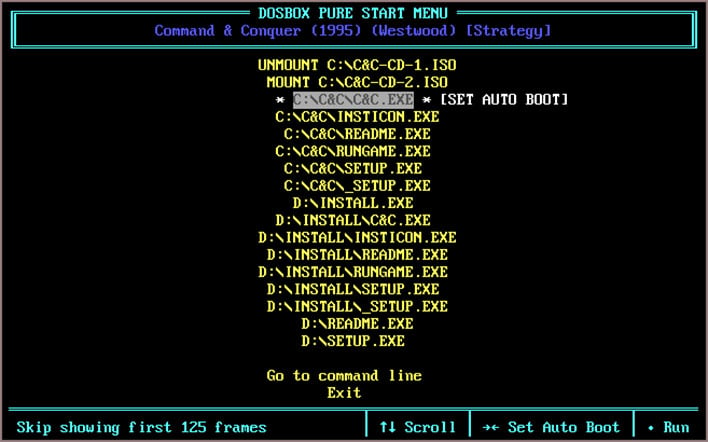 "This initial release is feature complete as of now for what I wanted to accomplish, yet it is clearly marked as intended for public testing. So try to be constructive and as technical as possible if something doesn’t work as expected, I’ll be thankful," Schelling adds.
There is a built-in MIDI software synthesizer, a disc swapping menu, a start menu that lists game files controllable by a gamepad, and support for cheats, to name some of the other features in this build. If you are interested, you can gawk at the code and download DOSBox Pure on GitHub.