Did Apple Co-Founder Steve Wozniak Bring Coronavirus To The U.S.? 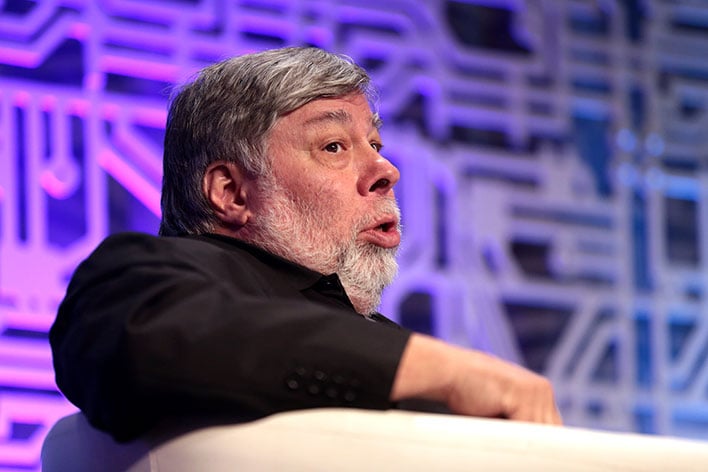 Apple co-founder Steve Wozniak caused a bit of a stir on Twitter when he seemingly suggested he and his wife Janet "may have both been patient zero in the U.S.," presumably in reference to the coronavirus outbreak that has claimed thousands of lives. But are they really patient zero (zeroes?), and do they even have the coronavirus?
Those are good questions, and the answer to both is "probably not," though the situation is a little vague at the moment. In a tweet posted yesterday, Wozniak said Janet was getting checked out for a "bad cough" that started January 4, after having "just returned from China." He made the post while at the West Coast Sports Institute.

Wozniak also tweeted on January 23 that he and his wife were recovering from a virus they contracted over two weeks prior in Asia (so early January). At the time, he joked "I doubt it's the coronavirus since we haven't been in Mexico (Corona)."
The coronavirus has nothing to do with Corona beer, of course. As the CDC explains, coronaviruses are a large family of viruses that are common in people and also many different animals, including camels, cattle, cats, and bats. It's rare for an animal to pass along a coronavirus to humans.
What's been making headlines is an outbreak of a "respiratory disease caused by a novel (new) coronavirus that was first detected in China and which has now been detected in 60 locations internationally, including in the United States." It has been named SARS-CoV-2, and the disease has been named coronavirus disease 2019, abbreviated COVID-19.
As it pertains to Wozniak, he explained to USA Today that Janet had been diagnosed with a sinus infection. However, it doesn't sound like he or Janet have actually been tested for the coronavirus as of this writing.
"Janet was coughing up blood and went to the hospital and they said it was no American flu," Wozniak said. "We have not been able to get tested in this country. Had our return from Southeast Asia been today, we’d certainly have been tested and quarantined, with the symptoms we had. But it wasn’t treated as important back then."
Wozniak went on to explain that the CDC doesn't test people like him and Janet who were "well past symptoms." He also said the reference to being patient zero in aforementioned tweet "was kind of a joke," and that he and his wife also battled gastrointestinal symptoms.
"I think that our GI symptoms better fit some other flu, because you rarely hear of that with COVID-19," Wozniak added. "But there’s no way to find out until we can get a test, and now it’s two months later, and a month past symptoms."
So, could Wozniak and his wife Janet have collectively been patient zero for the coronavirus in the U.S.? We suppose it is possible, but seeing as how they are both recovered from whatever ailed them and were not tested for the coronavirus when they first presented symptoms, there is probably no way of knowing (unless perhaps a test can detect a past infection).
According to tracking data by Worldometers, there have been more than 92,000 cornavirus cases and 3,130 deaths related to the disease. At present, there are 40,712 infected patients, according to the site.
Thumbnail/Top Image Source: Gage Skidmore (via Flickr)