If you're currently running a PC with a Kaby Lake-G processor onboard, we've got some bad news for you. It appears that both Intel and AMD have missed the mark when it comes to graphics driver support. If you recall, Kaby Lake-G was a rather breakthrough (and unexpected) product developed together by two fierce rivals -- AMD and Intel -- which paired a Kaby Lake processor with a Radeon RX Vega GPU on a single multi-chip module package (MCM).

Back in October 2019, Intel announced that it was discontinuing these 8th generation "hybrid" processors, stating, "Intel is refocusing its product portfolio. Our 10th gen Intel Core processors with Iris Plus graphics are built on the new Gen11 graphics architecture that nearly doubled graphics performance."

Since that time, Intel has bailed on providing its own graphics driver updates for Kaby Lake-G processors, and has instead relied on AMD to deliver the goods. In fact, Intel went a whole year without releasing a driver update for its Kaby Lake-G customers. Now it appears that AMD is also easing up on driver support; at least for the time being. 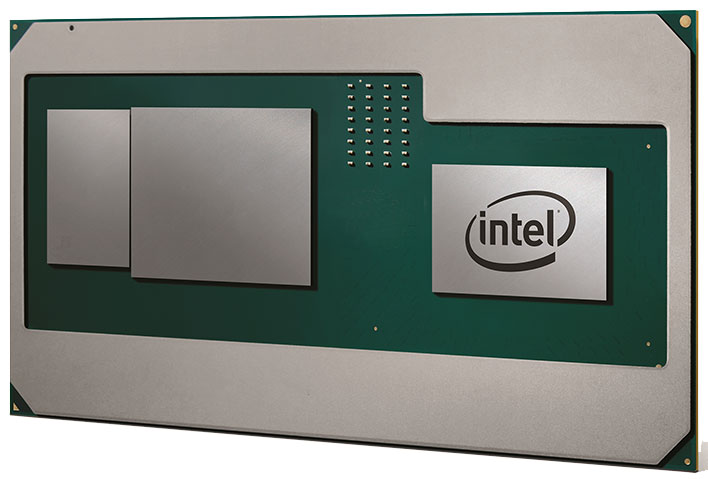 As reported by Tom's Hardware, neither AMD's latest WDDM 2.7 (20.5.1) nor its WHQL (20.4.2) drivers will install on PCs running Kaby Lake-G. This is a bit disappointing considering that these new drivers fully support the Windows 10 May 2020 Update. Instead, users are greeted with an error message that states:

"Error 182 - Radeon Software install detected AMD graphics hardware in your system configuration that is not supported with this software installation."

So not only will Kaby Lake-G customers miss out on full Windows 10 May 2020 Update compliance, but they'll also forgo any performance enhancements baked in for new and existing games. For its part, Intel stated the following, "We are working to bring back Radeon graphics driver support to Intel NUC 8 Extreme Mini PCs (previously codenamed “Hades Canyon”)."

Intel ceded responsibility for graphics drivers to AMD back in March (Intel's updated support document at the time simply pointed users to a download link for AMD's Radeon software), so any new releases from here on out will have to come from AMD. While not supporting a major Windows 10 release is definitely not good news, we’re hopeful that AMD will do the right thing and attempt to support its customers in a future driver update.

If there's any consolation, it's that Kaby Lake-G wasn't exactly used on a lot of devices. Kaby Lake-G found it way into the Intel NUC 8 Extreme, Dell XPS 15 2-in-1 (which we reviewed here) and the Hewlett-Packard Spectre x360.