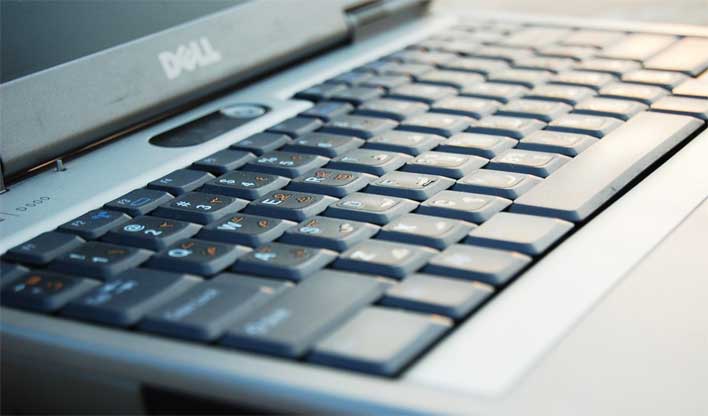 As tens of thousands of workers have been pushed out of the office and into remote working from home environments due to the coronavirus outbreak around the world, new types of challenges have surfaced that businesses are having to deal with. The big issue is that with so many new companies and workers now working from home, cybercriminals are out to take advantage of those who may not understand the security risks they face and how to take proper countermeasures. Dell reminds us today that with cybercriminals ramping up nefarious activity, organizations need to protect remote workers, starting with the devices they are working with. To help facilitate that protection, Dell has introduced Dell SafeBIOS Events & Indicators of Attack (IoA), an update to the company's SafeBIOS technology in many of its laptop product lines.

Dell says that the new SafeBIOS Events & IoA will allow it to further protect the commercial PCs the company offers that are already the most secure PCs in the industry. SafeBIOS Events & IoA uses behavior-based threat detection at the BIOS level to detect advanced endpoint threats. Dell says that securing the BIOS of a computer is particularly critical because a compromised BIOS can potentially provide an attacker with full access to all data on the endpoint. This includes information on high-value targets like credentials. A compromised BIOS in a worst-case scenario can allow the attacker to move around within an organization's network and attack its broader IT infrastructure.

Hardening The BIOS Is Critical To Securing Remote Worker Systems

Dell says that the organizations need the ability to detect when a malicious actor is on the move, altering BIOS configurations on endpoints as part of a broader attack strategy. SafeBIOS gives the users the ability to generate IoA on BIOS configurations, including changes and events that can signal an exploit. With SafeBIOS, any configuration changes in BIOS that are detected that could indicate a potential attack will allow security and IT teams to be quickly alerted via the management console.

Those alerts will allow for swift isolation and remediation of the attack. SafeBIOS Events & IoA gives the IT teams visibility into BIOS configuration changes that helps them to analyze the change for a potential threat, even if an attack is ongoing. Dell says that it is employing new service and feature enhancements to help organizations who are supporting work from home employees. These services include working with VMware Carbon Black, which has eliminated endpoint limits until June 20, 2020. Pressure testing of remote work deployments with Secureworks accelerated vulnerability assessments is also in place. Dell is also working with Dell Technologies to offer temporary licenses for Dell Encryption until May 15, 2020.

Dell's effort to secure PCs that workers are using to work from home comes at a time when the use of Microsoft Teams and other video collaboration tools like Zoom meetings are booming. Microsoft announced last month that Teams had reached 44 million daily users.