The age-old question of whether the chicken or the egg came first has been answered thanks to DALL-E, an art-generating artificial intelligence that has been showing up on social media everywhere. DALL-E, an amalgamation of Salvador Dali and WALL-E, has taken the internet by storm in the last year, and the trend is only going to continue. As the tech advances, we must ask at what point this AI might take over art creation from humans to create even more wild or imaginative scenes.

DALL-E, and the newer DALL-E 2, are AI systems that can process a description of nearly anything and turn it into realistic images or artworks. It was created by the OpenAI team in 2021. The team provided continual updates and improvements, which brought us to the launch of DALL-E 2 earlier in June. We had heard about this tool in the past when it was rumored to be “creating its own language.” This was seemingly debunked but still sparked an interesting conversation. 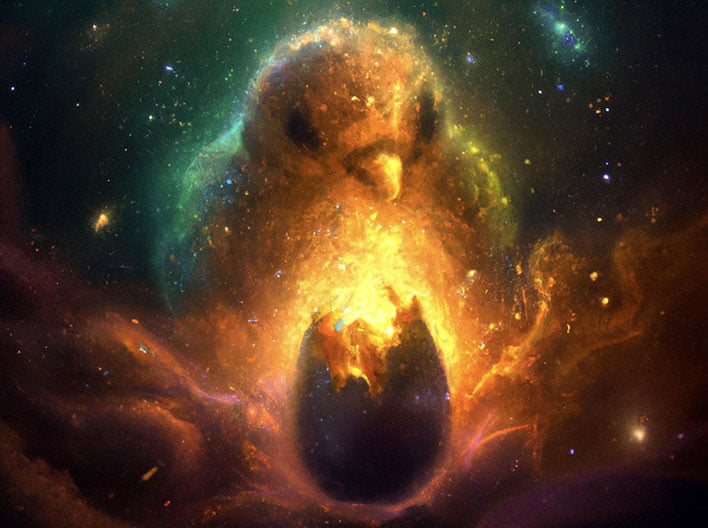 Despite the occasional concern, users are putting the AI through its paces by submitting ideas like “cosmic chicken giving birth to the universe as an egg, award winning digital art 8k, trending on art station.” This gave us the magnificent piece you can see up above from Reddit user /u/Cliffracer, which indicates there is no limit to what you can dream up with this tool. This begs the question, though: Will DALL-E be good enough at one point to create its own art and replace humans in some capacity?

DALL-E is currently limited by what users can come up with. Even if DALL-E was to create ‘original’ pieces, it is further limited by training data based on what humans have already created. Perhaps one day, this might expand with DALL-E 3. For now, artists probably don’t have anything to worry about unless they are competing in the NFT space, which is already shaky ground to be on anyhow. In any event, let us know in the comments if you think this AI tech will replace human artists or if it will just be a fun tool to play with.