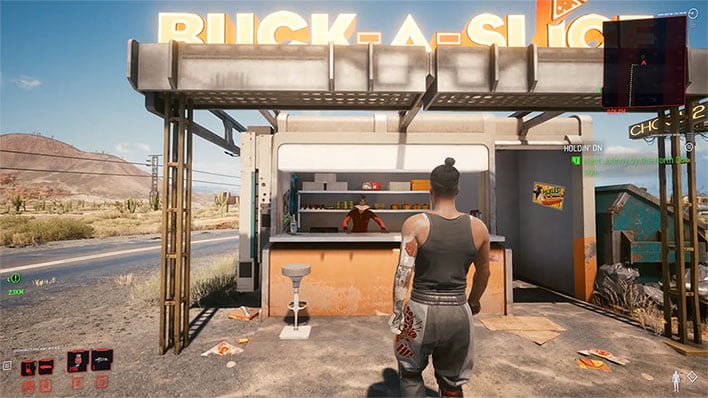 This is not a super quick mod to install, nor is it completely polished or finished, though it is relatively easy to apply. The creator of the mod, Jelle Bakker, states in no uncertain terms that this is a work in progress. However, once applied, you can switch to third-person mode if you want, and see the action from four different camera views (by pressing "B").
To install it, just follow the instructions in this video tutorial...
Take note that there are separate third-party plugin files for male and female characters, depending on which gender you have chosen to play as in the game. Also, there is no need to use Cheat Engine on this mod (that was required with an earlier build, but is no longer the case with the latest version).
As noted in the video, there are some trade offs to running in a third-person perspective. Namely, combat can be a bit wonky. The character animation in third-person can be a little weird at times as well. All of this makes sense, considering CD Projekt Red developed this game specificallky for a first-person viewpoint, without an official third-person mode.
It's also impressive that Bakker made this mod without actual modding tools from CD Projekt Red. If you want to give it a run, you can find the necessary files at NexusMods.