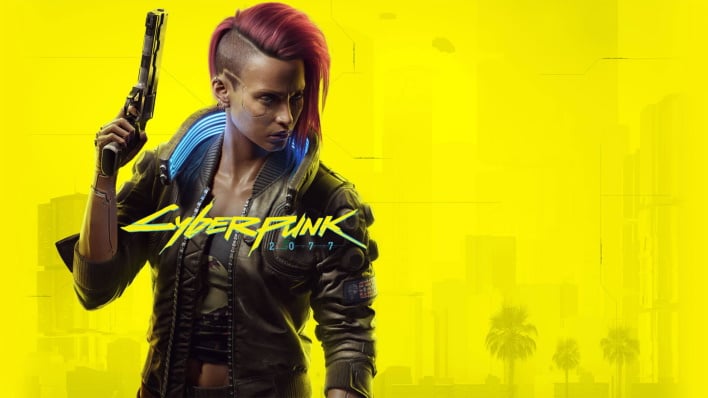 Cyberpunk 2077 is officially out around the globe, and while it has its fair share of bugs, it is a pretty enjoyable game. There are many missions, side quests, and random events to handle while you navigate your way through Night City. It seems that many other people are enjoying CD Projekt Red’s game, too, as it peaked on Steam’s charts at over 1 million concurrent players earlier today. It still resides at the top of the list, too, with more players than the bottom eight games combined.

Cyberpunk 2077 is a gorgeous looking single-player game, especially if you can get away with ray tracing without burning your PC out. It has a vast and varied world that takes you from the dark underbelly of city life to the top wealthy and famous world. All of these things combined make for a great game, and people tend to agree by continuing to play the game. As of writing, Cyberpunk 2077 has around 850,000 current players. That is over 100k more than CS:GO and over 200k more than the other top eight games combined.

Based on Steam numbers alone, Cyberpunk 2077 has made over $63 million in sales, but as Steam was not the only platform, much more money was likely made. CD Projekt Red’s investor relations Twitter feed announced that 8 million preorders came through before launch. Danial Ahmad, a senior analyst at Niko Partners, did the math and found that is over $500 million in revenue. He also estimated that CD Projekt Red spent $135 million in development projects as of September 30, 2020, but it is unknown how that math shakes out. Cyberpunk 2077 has been in the works for quite some time, and there have been project cost estimates nearing $300 million. In any case, Cyberpunk 2077 seems to be clearing development costs well if Ahmad is someone to go off.

That’s over $500m in revenue prior to release.

For reference, GTAV did $800m on its first day including pre orders + day one sales. https://t.co/DNNZjp5w5Q

At the end of the day, Cyberpunk 2077 is a fun game, and it is worth playing. While the numbers do not lie, I can personally vouch for the game. Thus far, while I have encountered bugs, I have been able to give a ride to a man with a burning penis implant, find a reference to The Office, and do so much more while I feel like I am not even into the bulk of the game. I expect to have a long journey through Night City, and I hope you will too. In any case, stay tuned to HotHardware as we will have much more Cyberpunk 2077 coverage for you coming soon.