Single-board computers (SBCs) are fun. If you're not familiar with the concept, single-board computers are exactly what it says on the tin: a whole system on a single board, usually comprising an SoC, some DRAM, maybe an external Ethernet controller or other support ICs, and a big pile of I/O. Most SBCs offer USB and HDMI connectivity right alongside low-level interfaces like LVDS for LCD panels, RS-232 serial, and GPIO.

Because of all that connectivity, most SBCs come as bare boards. This makes them convenient for tinkering, but it also can make them particularly susceptible to environmental hazards, like static electricity, spilled drinks, rambunctious children, and so on. It's common to create custom cases for specific models of SBC, and this is probably one of the most frequent ways that 3D printers actually get used for practical purposes.


The most popular of all SBCs is surely the Raspberry Pi family. There's no shortage of case designs for the various models of Raspberry Pi, but Cooler Master has decided to throw its experience designing computer chassis at the task, and it's come up with a simple, functional-looking enclosure for the latest version of the popular SBC. 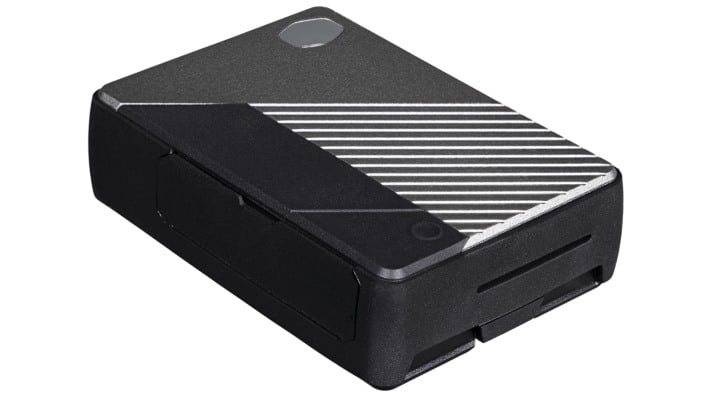 Dubbed the Pi Case 40 V2, Cooler Master's case is built from both plastic and aluminum so that it can serve as a passive heatsink for the SoC on a Raspberry Pi 4 Model B. It has openings for the Raspberry Pi's side I/O connectors, SD card slot, display connections, and camera plug, and it also includes a 90° adapter that allows easy access to the SBC's GPIO pins for unimpeded hacking.

The case further includes a physical power button and four modular mounting brackets so that you can hang up your RasPi4 SBC just about anywhere. Not included with the case is any sort of power supply, but that's normal for this type of product.


As you could guess from the name, this is in fact a refined version of the original Pi Case 40 that Cooler Master did a Kickstarter for back in 2020. The primary difference in that one and this one appears to be that the new model has a few small revisions around the 40-pin GPIO header area, and it includes a 40-pin ribbon cable by default now. 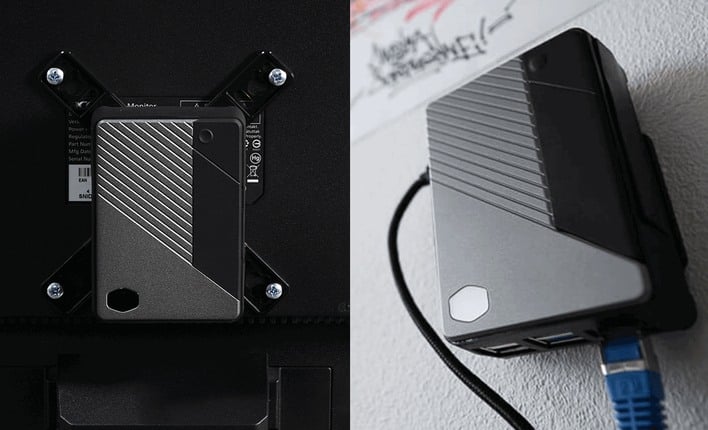 Interestingly, if you like Cooler Master's design but want to modify it, or simply want to 3D print one yourself, you can do so. Cooler Master has licensed the design under the Creative Commons Non-Commercial Share-Alike license, so folks are free to download, modify, and customize their own version of the Pi Case 40 V2. Cooler Master's also provided .STP files for other attachments, like to hold a 2.5" SSD.

On the other hand, if you'd prefer to buy one pre-fabbed rather than rolling your own, we spotted it in Austria for about €15 before tax (US$16.19). It doesn't look like it's hit US shores yet, but we reckon it'll show up here sooner or later.