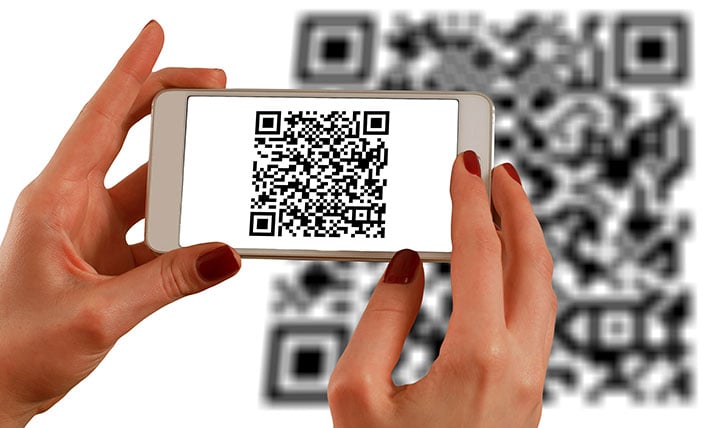 Did you know that you could create and use a QR code to better facilitate using stronger security on your wireless network? A QR code is not in and of itself more secure than manually typing in a passcode, but if you want to use a long string of 63 characters and symbols, you would otherwise need an exceptional memory.
Let's be real, who has time to remember a unique set of 63 characters? For the most part, it is not really feasible. At the same time, using a long passcode can help defend against brute-force attacks. The thing about WPA and even WPA2 is they are vulnerable to password cracking attacks, and the weaker the passcode, the easier it is crack.
That's where using a QR code comes into play. As explained by François Marier, an open source software developer, both Android and iOS now support reading passwords from a QR code, which makes this "finally a practical defense."
There are a couple of things you need. One is qrencode, a Linux utility that uses libqrencode to encode string data in a QR code and then save as a PNG or EPS image, and PWGen, which is a professional-level password generator. Use the latter to generate a strong password, then run the following:

You would substitute your own Wi-Fi network name for <SSID> and the password you generated for <PASSWORD>.
"The only pitfall I ran into is that if you include a trailing newline character (for example piping echo "..." into qrencode as opposed to echo -n "...") then it will fail on both iOS and Android," Marier explains.
You can then use the QR code to log into your network on Android and iOS. In Android, go into the Wi-Fi settings and tap the network you want to join, then tap the QR icon and scan the code you created. On iOS devices, just fire up the camera and point it at the QR code. It will then bring up the option of joining the assigned Wi-Fi network.

If this seems to much of a hassle, there is another way to do essentially the same thing. There are two main steps here. First, use a password generator (like the one mentioned above) to create a long, strong password for your network, and configure it in your router settings as you normally would for a weaker password. 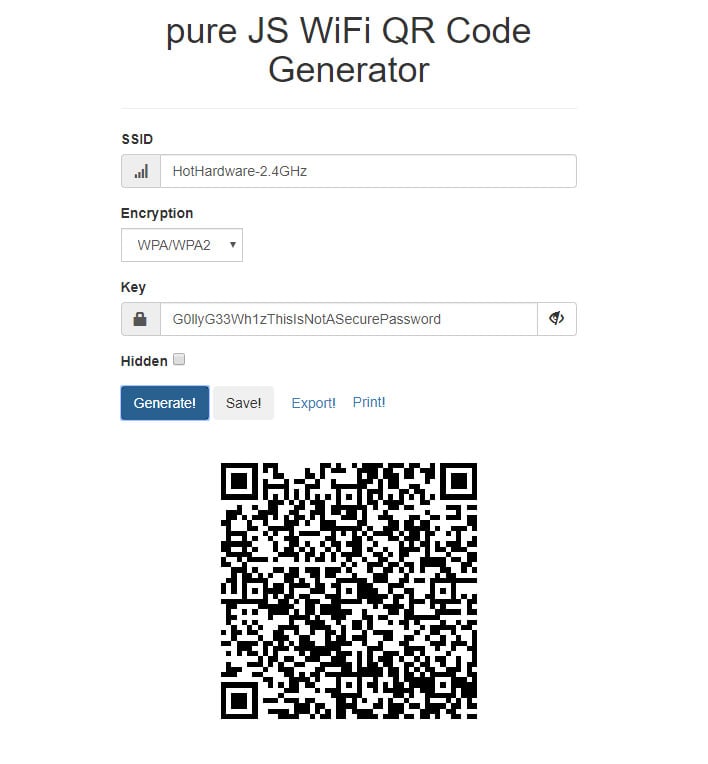 Next, head over to qifi.org and enter in your network name (SSID), select the type of encryption you're using from the pull-down menu (WPA/WPA2, for example), and enter in the same long security key.

This is rendered in your browser on your local machine, so it's secure. Once you've generated the QR code, you can print it out and hang it somewhere, which is especially useful if you are hosting guests. Just point them to the QR code and they can connect to your network.