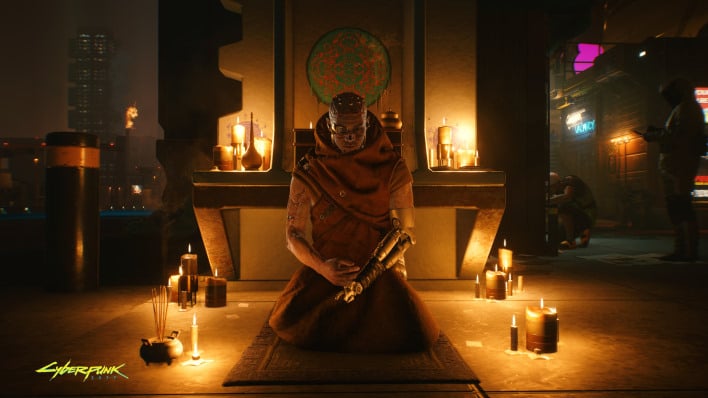 Earlier in the week, user PixelRick discovered a vulnerability in Cyberpunk 2077, leading to code execution on a system via malicious data files. While modders were initially blamed for the risk, it turns out that the issue stemmed from poor coding on CD Projekt Red’s part. Now, the Poland-based games company has released a patch to fix the problem and hopefully make Cyberpunk files safe.

Announced on Twitter, hotfix 1.12 is now available on PC, and it fixes a couple of issues pertaining to the vulnerability discovered. First and foremost, CDPR fixed the “buffer overrun issue” or buffer overflow in several places within Cyberpunk 2077. Secondly, yet equally as important, the development team “Removed/replaced non-ASLR DLLs” so that being able to execute code after a buffer overflow is harder.

This update addresses the vulnerability that could be used as part of remote code execution (including save files):
- Fixed a buffer overrun issue.
- Removed/replaced non-ASLR DLLs. pic.twitter.com/LAkBfVpnXf

While the security update is only for PC, it should hopefully come to console and cloud-based gaming platforms soon. In the coming weeks, we should also see patch 1.2 begin to roll out to all platforms, which should bring even more features and fixes. If you want to see what the plans look like for Cyberpunk this year and where hotfix 1.12 fits in, CDPR released a loose roadmap for the game, which can be seen below. 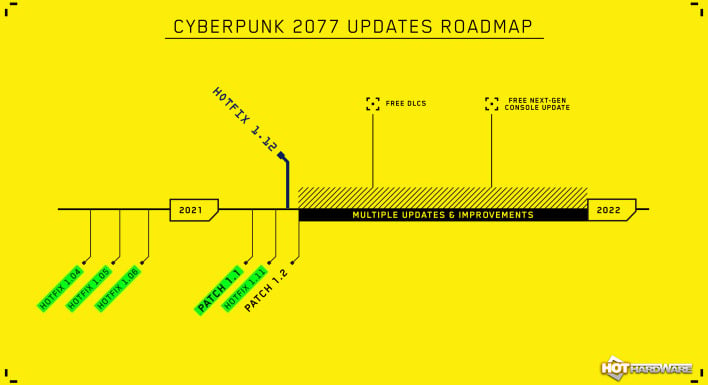 Overall, the vulnerability that was found in Cyberpunk is only a slight speed bump and should not affect future updates that will make the game better as time goes on. All-in-all, did this vulnerability make you wary of Cyberpunk 2077, or are you still excited for the future? Let us know in the comments below.