Some of the best games ever made are ones that came out many years ago. Incidentally, a lot of people consider Resident Evil 4 to be the best Resident Evil game every made, and whether your missed out on it the first time around or want to revisit the horror game, a remake that is supposedly in development might breathe new life into the title.
Of course, there is always a risk with taking a fan favorite from many years ago and giving it a second wind. Resident Evil 4 first arrived on Nintendo's GameCube console in 2005, then landed on Sony's PlayStation 2 system shortly after its initial release. Since then, various remasters have brought the game to modern systems, including the PC platform (it's available on Steam for $19.99, or you can snag a Resident Evil 4, 5, and 6 bundle for $60.17).
The folks at VGC say they have heard from multiple sources that a Resident Evil 4 remake is currently in development.  It is being led by M-Two, the studio founded by Tatsuya Minami, who previously founded PltainumGames, with preparation for the remake having kicked off back in 2018.
It is also said that Capcom's internal teams and other external studios are likely to pitch in development resources for the remake. It's not clear exactly that will entail or how the different development teams might work together. 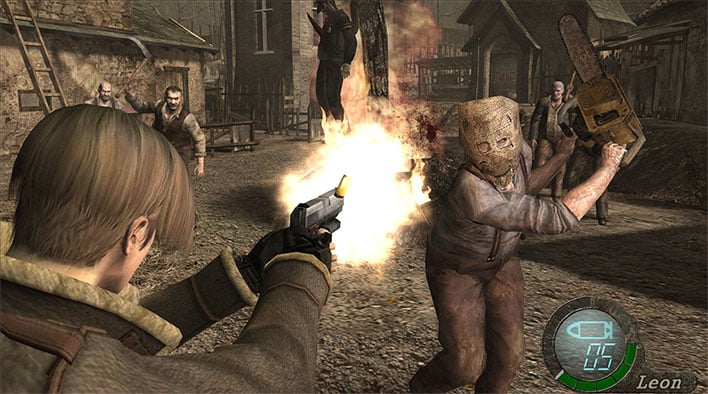 Furthermore, the remake apparently has the blessing of Shinji Mikami, who directed the original Resident Evil 4. As the story goes, he was offered the opportunity to direct the remake effort, but declined and is instead serving as an informal consultant on the project.
Resident Evil 4 pits the player as Leon S. Kennedy from a third-person view. It takes place several years after the events in Resident Evil 2, with the missing being to rescue the US President's daughter, who has been kidnapped by a Los Illuminados, a religious cult.
It's said the remake will arrive sometime in 2022.