There are plenty of delicious (not edible, trust us on that one) solutions in the single board computer (SBC) space, and while Raspberry Pi is the one most people probably think of right way, it's not the only contender. ASUS tinkers with SBCs, as do a spattering of other companies. Among them is Banana Pi, which shared a handful of renders and specifications for its upcoming BPI-CM4 board.
This is essentially a pin-compatible alternative to the Raspberry Pi Compute Module 4 (CM4), as suggested in the model name. There are some pros and cons to going that route, depending on what you're looking to do. As for things that work in the Banana Pi board's favor, it's rocking a better CPU and more storage than the Raspberry Pi CM4. 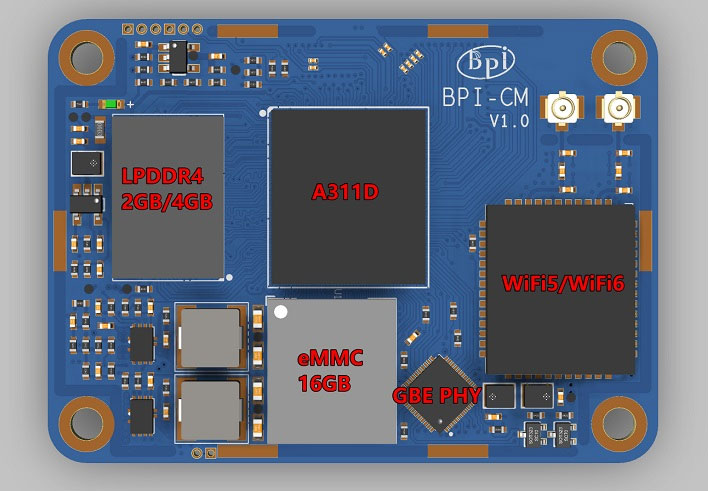 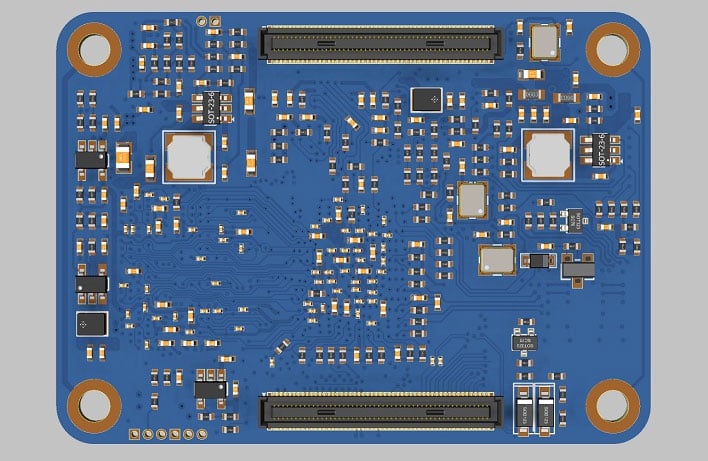 Additionally, the Banana Pi can be inserted into a Raspberry Pi CM4 baseboard, though it doesn't support the full range of interfaces. Whereas the Raspberry Pi CM4 offers up support for 2x HDMI, 2x MIPI CSI, and 2x MIPI DSI, Banana Pi supports one of each.
There's also the software side to consider. You can only run Raspberry Pi OS on Raspberry Pi boards, except for Debian with Raspberry Pi Desktop, which is for older PCs. Expect Banana Pi to release Android and Linux images for its upcoming SBC.