If you're looking for a compact luxury sedan with enough power to dust off Mustang GTs at a stoplight, Audi has you covered with its all-new RS3. Like the previous generation, the high-performance compact sedan is coming to the United States.

The RS3 is based on Audi's latest 2022 A3 sedan, which uses the latest evolution of the VW Group MQB chassis architecture. While lesser A3 models are available in FWD guise, the RS3 only comes with all-wheel drive or Quattro in Audi speak. In this case, the Quattro system features torque vectoring on the rear axle to put power to the pavement better and enhance handling. 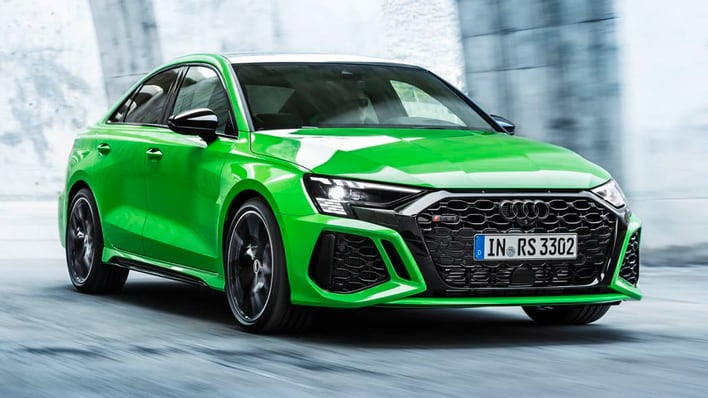 And speaking of power, the new RS3 doesn't disappoint. The pint-sized 4-door features a 2.5-liter 5-cylinder engine, which was also used in its predecessor. However, its latest state of tune produces 401 horsepower and 369 lb-ft of torque (up 7 horsepower and 15 lb-ft, respectively). That power channels to all four wheels via a 7-speed dual-clutch transmission. Unfortunately, a manual transmission isn't available with the RS3 for those that prefer to row their own gears.

Put it all together, and Audi says that the RS3 can dash from 0 to 60 mph in just 3.8 seconds. However, Germans are typically very conservative regarding performance numbers, so we wouldn't be surprised to see that time fall into the low 3-second range under third-party instrumented testing. 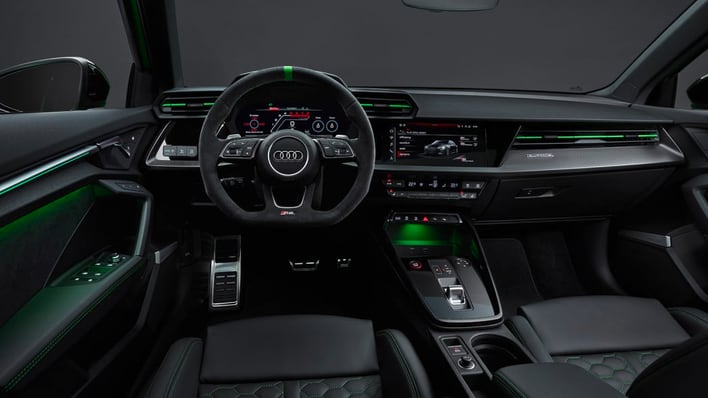 Exterior-wise, the RS3 looks short, squat, and muscular, almost bulldog-like in its stance. A large, blacked-out grille dominates the front, and additional black trim can be found on the side view mirrors, side skirts, side window trim, and rear diffuser. The swollen fender accommodates standard 19-inch wheels on the vehicle, which you can see painted in a Hulk-friendly green.

One interesting feature are the Matrix LED lights upfront. When approaching or leaving the vehicle, they will spell out R-S-3 in sequence. In addition, a checkered flag pattern appears when the car is in motion. It's no doubt a superfluous design touch, but it's still cool. 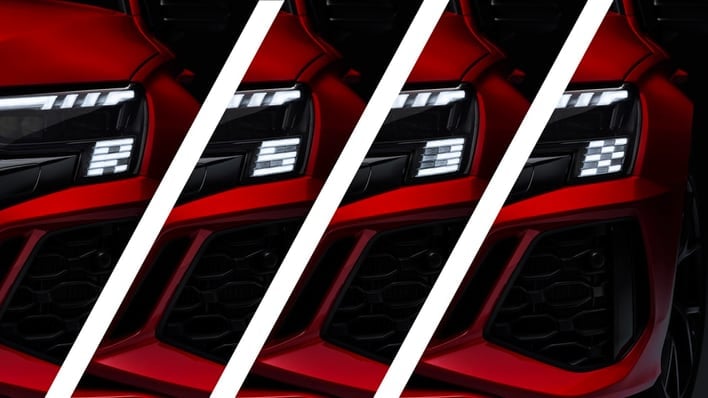 Inside, the RS3 is all business with a 12.3-inch instrument cluster and a 10.1-inch touch screen for infotainment. Sports seats grip the driver and front passenger, while you'll find carbon-fiber trim, a flat-bottom steering wheel, contrast stitching for the seats, and available Nappa leather.

At this time, pricing hasn't been announced for the U.S. market, but the current-generation RS3 starts at $56,200.