It may be hard to believe, but up until this point, none of AMD's OEM partners have released mini-ITX versions of RDNA 2 graphics cards. Well, that drought ends with ASRock's Radeon RX 6600 XT Challenger ITX, which ditches a full-length board design with triple fans in favor of a truncated board with just a single fan.

The card features a dual-slot design with an I/O bracket adorned with two HDMI ports and two DisplayPort 1.4 outputs. With a Navi 23-based GPU running the show, you'll find 32 compute units, 2,048 stream processors, 8GB of GDDR6 memory, 32MB of Infinity Cache, and a 160-watt TDP.

According to VideoCardz, which managed to obtain specs and images of the Radeon RX 6600 XT Challenger ITX, it will feature a 1968MHz base clock, 2,359MHz game clock, and a 2,589MHz boost clock. Given that the "reference" game clock for the Radeon RX 6600 XT is also 2,359MHz, these are the speeds that we'll see from stock cards released by third-party manufacturers. 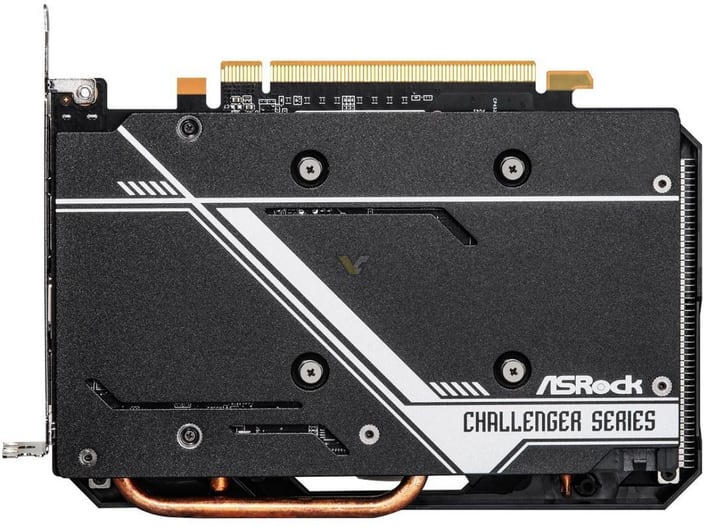 Other items of note include an 8-pin PCIe power connector to keep the card juiced up, the familiar 160-watt TDP, and the requirement for at least a 500-watt power supply. We can also see copper heat pipes and an aluminum heatsink for the cooling system, along with a sturdy backplate to add some rigidity to the board.

AMD isn't making its own reference Radeon RX 6600 XT boards, but it says that offerings from its OEM partners will start at $379. That would make the cards competitive price-wise with the GeForce RTX 3060 and RTX 3060 Ti. Given its tiny stature, minimal design, single fan, and stock clock speeds, we'd imagine that the ASRock Radeon RX 6600 XT Challenger ITX won't stray too far from the $379 when it officially launches on August 11th.