Apple recently discontinued its iMac Pro, an all-in-one machine that targeted professionals and sat above the consumer-oriented iMac. Given that the iMac Pro was a popular device, it stands to reason that a replacement is in the works that will take advantage of custom Apple Silicon.

Well, a new report claims that the iMac Pro will be a potent beast using either an M1X or M2 SoC. There doesn't seem to be any consensus on what Apple will call its next-generation SoC, so we'll just settle on M2 for now. According to LeaksApplePro, base systems will come with a 10-core version of the M2 SoC, while top-end configurations will come with 32 cores. That's a lot of power to pack into an all-in-one chassis, but we must remember that the previous generation was available with up to 18-core Intel Xeon W processors. M2 chips will likely have a vast performance-per-watt advantage compared to the Xeons they are replacing. 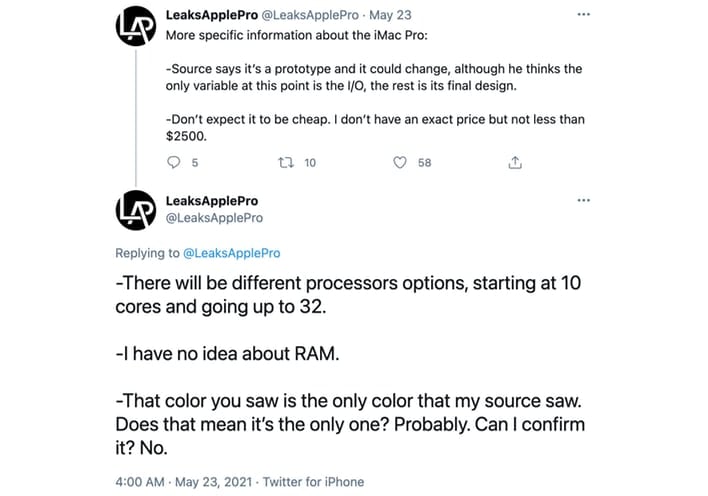 LeaksApplePro also claims that the iMac Pro will have a squared-off design like the recently introduced M1-based iMac. However, unlike the iMac, the iMac Pro won't be available in a wide variety of colors. Instead, it looks as though Apple will stick with Space Gray along with black bezels for the display (instead of white on the new iMac). The chin has also been reduced compared to the previous generation iMac Pro. 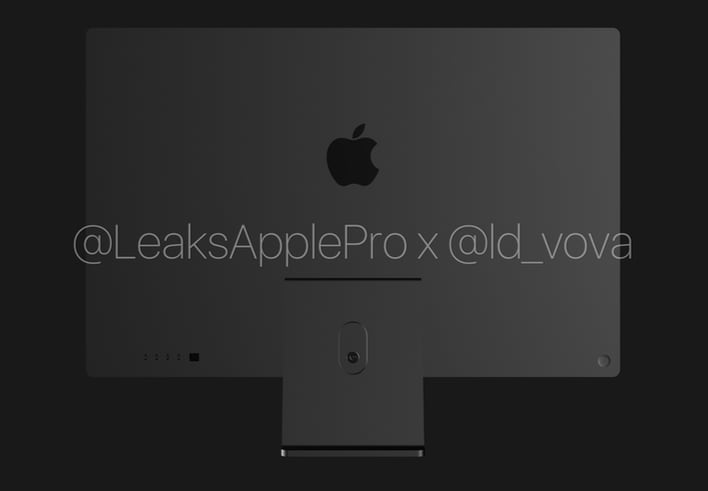 The iMac Pro reportedly has four Thunderbolt 4 ports on the back along with a GbE port when it comes to connectivity. GbE couldn't be included on the back of the all-new iMac due to its thin design (it is optionally moved to the power brick), but the iMac Pro has a thicker chassis that can accommodate such positioning. It's also alleged that an SD reader is mounted on the side of the display.

At this time, we don't have any indication as to when the new iMac Pro family will launch, but stay tuned for more updates.