As expected, Apple today unveiled a refresh of its 27-inch iMac, even though it may not appear at first glance that anything has changed with regards to its outward appearance. Although one change that has been made which is definitely visible – if you select a $500 option – is a new nano-texture matte glass covering for the display, which cuts down on reflections.

The big story, however, is under the hood where Apple has upgraded to Intel’s 10th generation Comet Lake-H processors across the board. Customers will have a choice of a 6-core/12-thread 3.1GHz Core i5, 8-core/16-thread 3.8GHz Core i7, or a built-to-order 10-core/20-thread 3.6GHz Core i9. Going along with the processor upgrades is a doubling of maximum memory from 64GB to 128GB. 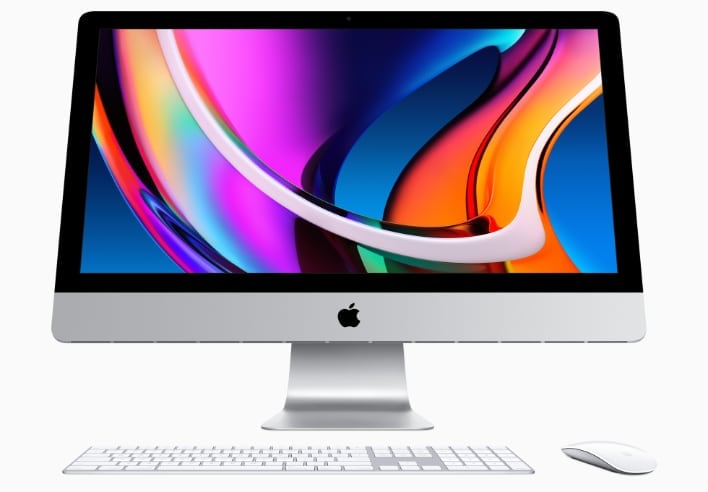 Compared to the previous-generation 27-inch iMac with an 8-core processor, Apple is claiming the following performance gains:

One other big change comes to the storage subsystem, as Apple is completely doing away with its hard-drive based Fusion drive system. In its place, all iMacs (including the entry-level 21.5-inch model) come with an SSD as standard equipment. In the case of the 27-inch iMac, base systems come with a 256GB SSD, with 512GB available on higher-end models. For those that need the extra space and don’t mind forking over an exorbitant amount of money, there’s also an 8TB SSD on the option sheet. Apple is quoting both read and write performance of up to 3.4GB/sec for the SSDs. 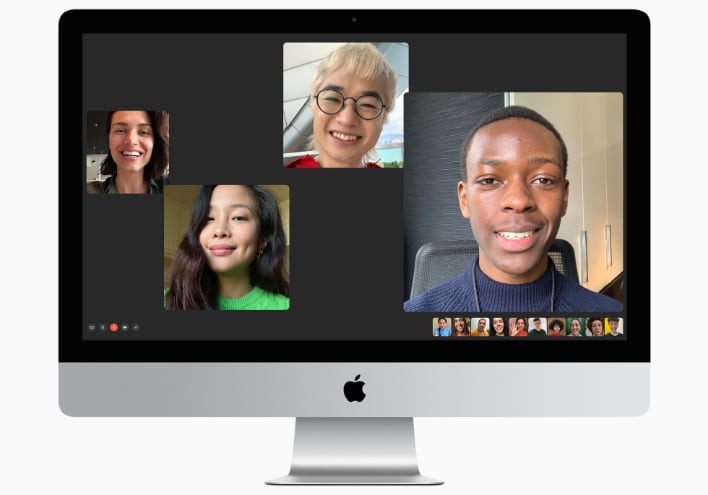 Other items of note include a new FaceTime camera that has been upgraded from 720p to 1080p resolution. This upgrade will likely be appreciated in the COVID-19 induced work-from-home situation that is affecting many workers. Customers can also choose to upgrade to 10GbE, while the SD reader supports faster UHS-II speeds. In addition, Apple’s custom T2 chip is onboard to handle functions like security, encryption, “Hey Siri” and Face Detection. As for the 27-inch Retina 5K display, it maintains the same 5120x2880 resolution as previous generations.