While the Fortnite battle continues, now internationally, Apple is attempting to gather ammunition for the courtroom showdown sometime in the future. A court filing from this week reports that Apple subpoenaed Valve Software in November 2020, "simply requesting" Valve’s revenues and the name, price, and availability of every product on Steam to show competition. That is one tall order, and it appears that Valve is not playing ball.


In short, Apple believes data from Valve could bolster its legal position against Epic Games, and subsequently requested a plethora of data. According to the record [PDF], in “Request 2,” Apple wanted documents “sufficient” to show Valve’s yearly sales, annual advertising revenues, annual sales of external products, annual revenues, and annual gross or net earnings. This data could help Apple calculate “the total size of the market for Epic’s available digital distribution channels.” 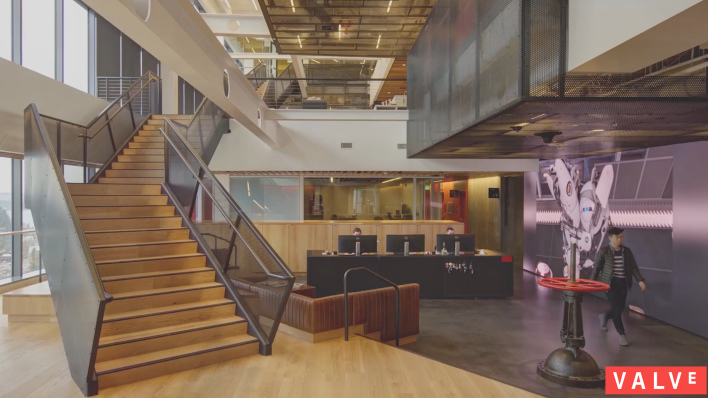 Apple also requested more data with Request 32 that asks for “(a) the name of each App on Steam; (b) the date range when the App was available on Steam; and (c) the price of the App and any in-app product available on Steam.” Combined, Apple would use the information to show competition after determining “the scope and breadth of the digital distribution marketplace.”

Overall, while this does not seem like it would affect Valve’s business, it seems like quite a bit of information that would be cumbersome to gather. In lieu of this, Valve still seems to have attempted to comply, but as Valve's lawyers state, "Apple was not satisfied and demands—without offering to cover Valve’s costs," the requests in full. Moreover, as Valve’s lawyers state, “Fortnite is not available on Steam, and Epic has publicly and unequivocally stated it will not offer Fortnite on Steam unless Valve changes its business model,” and thus should not be involved.

Ultimately, Valve probably should not be involved as it is something of an Apple to oranges comparison. Valve Software is not in the market of mobile apps and has healthy competition to boot. It will be interesting to see what the court has to say, though, so keep an eye on HotHardware for updates.