The folks over at iFixit were able to get their hands on Apple's all-new Mac Pro, which marks a substantial upgrade over its trash can-styled predecessor. While plenty of jokes have been made in reference to its cheese grater exterior, Apple has worked some of its "magic" here to make the Mac Pro one of its most repairable devices in years.

For DIYers out there, getting inside the Mac Pro is a trivial affair, as all you need to do is pull up on and twist a little handle built into the top of the case. You then lift up on the handle which removes the case, giving you immediate access to the interior components. 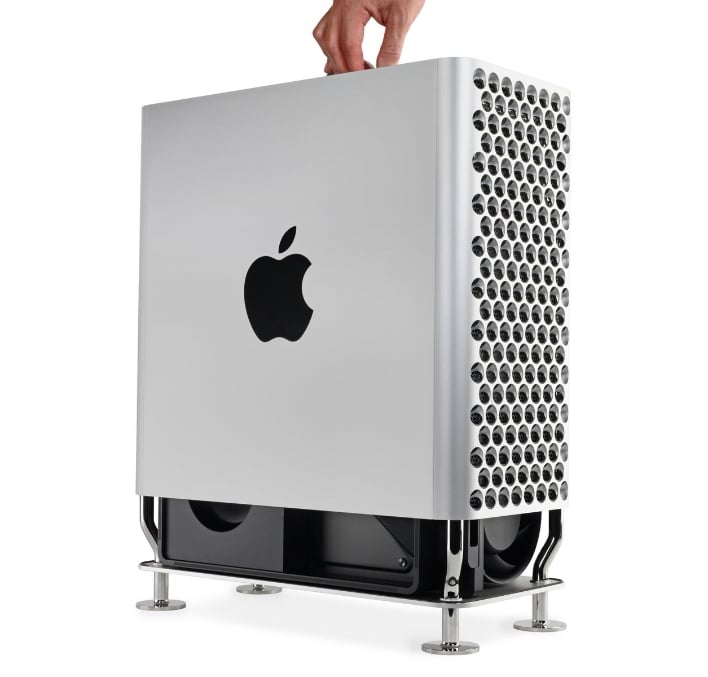 Once inside, you have direct access to the memory slots, and PCIe slots for upgrading. Apple even includes a diagram to show you how to place the memory in the slots depending on how many modules you're using at a time. There's a total of 12 DIMM slots onboard for anyone wondering.

iFixit reveals that all I/O boards are secured with a single thumbscrew, and there is a button that controls a bar that further latches them into place. The fans are user-replaceable (in case of failure down the road), and even the SSD card -- surprisingly -- is replaceable. However, in the SSD is beholden to the T2 security chip, which means that you can only look to Apple for replacements. With that said, adding in a PCIe-based SSD shouldn't be a problem at all given the expansion options available. 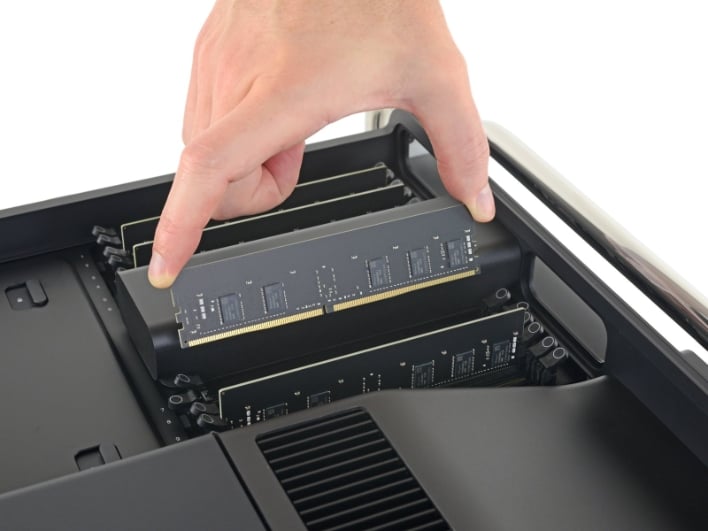 At the end of the day, iFixit praised the new Mac Pro's design and ease of access to internal components, calling it a "masterclass in repairability" and giving it a repairability score of 9 out of 10. The crew went on to inquire about the motivations behind the newfound nod to user-accessibility with regards to repairs, writing, "With 2019 in our rearview, we’re starting to wonder: maybe Microsoft and Apple aren’t making devices more repairable just for fun (or for us) — maybe those Right to Repair bills are starting to look seriously scary?"

With that being said, none of the above kudos handed out to Apple for the Mac Pro are foreign to those of familiar with the PC ecosystem. Modular components that can be easily replaced have been a PC staple for years. Gamers have a wide range of CPUs, motherboards, memory, SSDs, PSUs, fans and graphics options to choose from that can be swapped out with ease. So, to Apple, we'll simply say, welcome to the club.