A month ago, reports claimed that the iPhone 12 mini has not exactly been the breakthrough sales success Apple had initially envisioned. The iPhone 12 mini manages to cram in flagship-caliber specs into a relatively small smartphone -- in today's climate -- with a 5.4-inch display.

The latest report alleges that iPhone 12 mini sales have been "far lower than Apple initially expected." Apple is reportedly cutting output for all iPhones by 20 percent versus what it projected in December 2020, with the company now expecting to produce 75 million units during the first half of 2021.

The bulk of that reduction is coming from the iPhone 12 mini. According to Nikkei Asia, Apple slashed its production forecast for the smartphone by 70 percent through June due to its lackluster sales performance. However, all is not lost as "some of the components and parts for the mini have been reallocated to the iPhone 12 Pro and iPhone 12 Pro Max," according to the report. 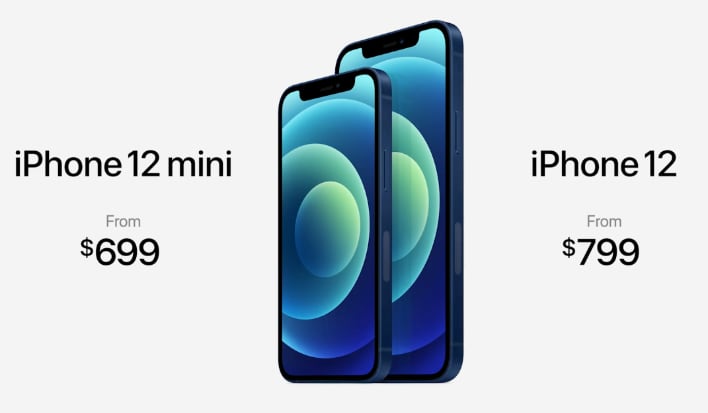 Apple had heard the cries of customers that longed for the smaller form-factor afforded by the iPhone 4/4s, iPhone 5/5s, and first-generation iPhone SE. Unfortunately, that very vocal minority hasn't exactly shown up to purchase the iPhone 12 mini. In February, Consumer Intelligence Research Partners alleged that the iPhone 12 mini accounted for only 6 percent of all iPhones sold during the October-November period, while JP Morgan supply chain analyst William Yang claimed that Apple was adjusting its sales foresee for the smartphone down by 11 million units. There was even talk that the smartphone could be discontinued.

A lot is working against the iPhone 12 mini in the marketplace. Most customers expect bigger displays on their smartphones and the iPhone 12 mini flies in the face of that trend. Besides, its smaller dimensions mean that there's just not enough room for a large battery. As a result, the iPhone 12 mini has worse battery life than any flagship iPhone released in recent memory. If you're pinging 5G networks regularly during your daily workload, your battery might not even last through the day.

Finally, there's the issue of pricing, as the iPhone 12 mini starts at $699. "If it's around the same price, many consumers would rather just pick the older iPhone 11, which has a larger screen, as they don't yet expect much from 5G," said GF Securities analyst Jeff Pu.

Apple took a chance with the iPhone 12 mini by "thinking small," but the big-screen trend it has helped popularize is a hard habit to break.