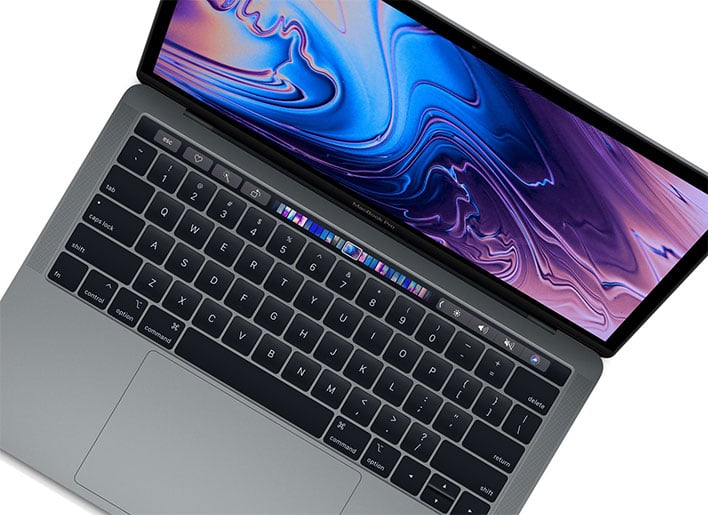 If your 2019 model MacBook Pro (13-inch, two Thunderbolt 3 ports) is shutting down when there seems to be plenty of battery life left, you might have received a dud. You are certainly not alone. Several MacBook Pro owners have taken to support forums to complain of that very issue, and Apple has responded by posting a new support document acknowledging the issue.
According to the support document, the shutdown bug is limited to just the 2019 MacBook Pro. It apparently affects two of the four available SKUs, including the one with a 1.4GHz quad-core processor and 128GB of storage ($1,299), and the one that pairs a 1.4GHz quad-core processor with 256GB of storage ($1,499).
The two higher end SKUs (2.4GHz quad-core processor and 256GB of storage for $1,799, and 2.4GHz processor with 512GB of storage for $1,999) are not affected, because those models have four Thunderbolt 3 ports. Same goes for the entire 15-inch lineup.
"This is my second MacBook Pro 13-inch 2019 that has shut down when there is a good amount of battery left. First MacBook shut down always at 35 percent. Took it to [an] Apple Store, Genius Bar said there was nothing wrong with it hardware-wise after running diagnostics. In-store the specialist reset the SMC and I also tried a clean OS install of Mojave 10.14.6. Nothing is working. Recommended that I get it exchanged," one user wrote on Apple's support forum.
Others have posted similar complaints. It appears there is an issue with the MacBook Pro reporting the correct battery life, which would explain why it shuts down before the battery indicator reaches 0 percent.

Here are the steps Apple recommends taking if you are experiencing this issue...
It's not guaranteed the above steps will rectify the issue. If you follow those steps and find that your MacBook Pro is still shutting down before the battery is depleted, Apple says to contact customer support.