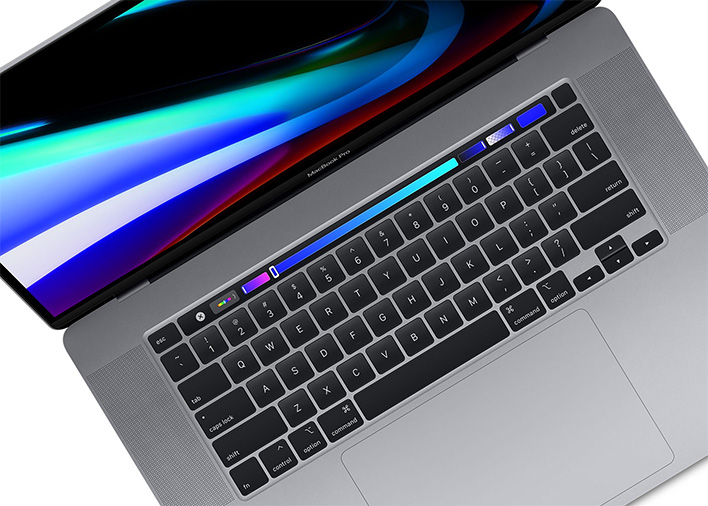 Apple may have hoped to avoid a lawsuit by quietly fixing an issue with the display cable inside its MacBook Pro laptops that could eventually cause the display to go blank, but it has been hit with one anyway. It now faces a class-action lawsuit filed in California over the potentially problematic flexible ribbon cables found in 2016 and 2017 model MacBook Pro systems.
The purported issue with the display cable is that it is too thin and deteriorates over time. This has led to complaints of a so-called "stage light effect" at the bottom of the display, before eventually failing altogether when opening the laptop beyond 40 degrees, resulting in a non-functional display.
"Apple opted for thin, fragile flex cables as opposed to the beefier wire cables used in previous designs that could be routed through the hinge instead of wrapped around it, helping mitigate the stress of repeated openings and closings," the teardown gurus at iFixit wrote in January 2019.

Those same teardown gurus later discovered that Apple fixed the problem starting with its 2018 model MacBook Pros. Apple extended the display cable by around 2mm, giving it some extra play when opening the lid, thereby preventing it from rubbing on the board and degrading over time.
The class-action lawsuit takes issue with the flaw on older MacBook Pro models, and alleged that they typically failed after the one-year warranty expired. Customers were then on the hook to pay "hundreds of dollars" to have their MacBook Pro systems repaired.
"Despite having knowledge of the defective flex cable design, at no time while Defendant advertised and sold the MacBook Pros did Defendant disclose to Plaintiff and other consumers that the flex cables were defective, or that the laptop was prone to display backlight issues," the lawsuit states.
The lawsuit seeks damages and other relief.