Apple has recently been called on the carpet by both companies, such as Epic Games, and now regulatory bodies like the Australian Competition & Consumer Commission (ACCC). The ACCC has been diving into Apple's App Store dominance on the iOS ecosystem, but Apple believes there are other options than its services, like just using the web, to get access to apps.

In September of last year, the ACCC established an inquiry into digital platforms and app stores to examine data sharing, competition, and pricing transparency. The commission reports that this will be a five-year inquiry with new reports every six months examining "markets for the supply of digital platform services in Australia." We are now six months after the initial inquiry, and the ACCC is finalizing its first report along side submissions from multiple companies. It seems that Apple had quite a bit to say about the ordeal, however, with three separate issues submitted.

In response to the ACCC's "Digital Services Inquiry into App Marketplaces," Apple submitted a report claiming it did not agree with the Commission's conclusions. The primary issue taken up was with the description of the App Store, alongside Google Play, as "the most dominant app marketplace by a large margin." Apple believes that other competitors "constrain" the company to "exercise power over developers," thus making them not the "most dominant."

Moreover, Apple states that the ACCC should look at developer alternatives to distribute apps on iOS in its analysis. Specifically, "distribution is far from limited to the Apple App Store because developers have multiple alternative channels to reach that user," such as the entire web with which "iOS devices have unrestricted and uncontrolled access." To the point, the web could, in theory, be used for progressive web applications to eliminate the need to download an app, though that model is hardly the norm today. Outside of the iOS ecosystem, Apple reports that it directly competes with Google, Amazon, and Samsung app stores, even though those app stores are not available on iOS of course. 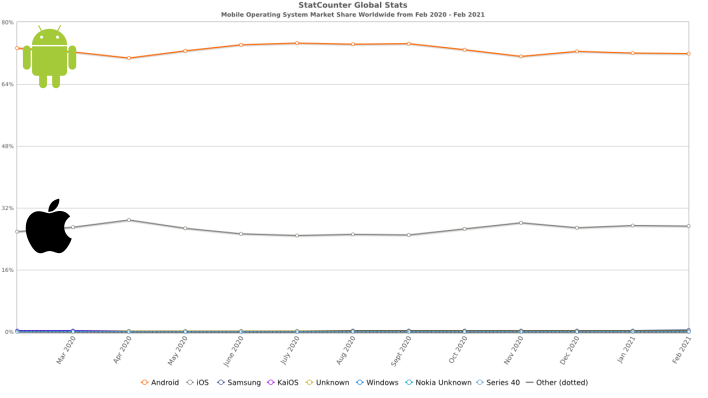 Overall, what Apple is trying to say is that it is not the end-all-be-all app distribution platform. However, the App Store is the only mainstream option for consumers within the iOS ecosystem, which happens to hold around 30% of the mobile OS market share globally, according to StatCounter. In any case, it brings up an interesting discussion to determine whether developer distribution alternatives are viable. Whether you think Apple is right or wrong, let us know in the comments below.