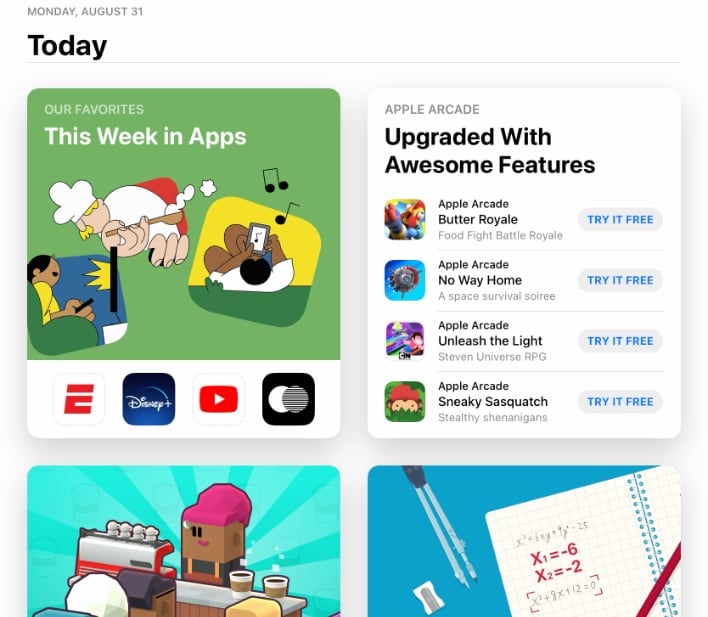 At an interesting time for Apple with the Fortnite issues, Apple is now implementing guideline disputes into the App Store. With apps starting to challenge App Store rules, the score is 1-0 for the developers so far.
At WWDC20, Apple’s developer conference, it was announced that there would be changes to the app review process. These changes are finally being implemented and Apple now has a news blurb about it. In it, they state that you can address guideline violations when you submit an app or app update. Alongside this, you can also appeal decisions and submit suggestions for App Store rules. Also, in the blurb is this interesting quote that says, “For apps that are already on the App Store, bug fixes will no longer be delayed over guideline violations except for those related to legal issues.”

This feature was promised before the whole Fortnite fiasco took off; thus, it is not related, just amusingly timed. In any case, with these new policies, App Store developers have already begun to take advantage of this, with one successfully pulling off an “appeal.”
Guardian, a firewall and VPN application on iOS, offers a variety of subscriptions as well as a “Day Pass” which users can buy. Apple took issue with the latter, citing App Store Guideline 3.1.2 which says this:

“If you offer an auto-renewing subscription, you must provide ongoing value to the customer, and the subscription period must last at least seven days and be available across all of the user’s devices.”

For all intents and purposes, we are pretty sure a one-day purchase is not a subscription, and the CEO of Guardian, Will Strafach, did not seem to think so either.

Apple has informed us today that @guardianiosapp updates will be rejected unless we remove the Day Pass capability.

they say this has always been the rule.

it’s a good thing that all developers are treated equally in the App Store, right? pic.twitter.com/5pCCdaLnqy

Originally, it seems that Apple forced Guardian’s hand into changing the “Day Pass” into a non-recurring subscription, which Apple then said had a seven-day minimum. This turnabout is what led to the appeal. Now, Will and the Guardian team have successfully challenged the App Store guideline.

we are adjusting that - it was initially a “Consumable” IAP, then Apple asked to make it a “Non-Recurring Subscription” so we rushed to change, but then they said “minimum 7 days” at which point we challenged the guideline. now we are all-clear again.

Will Strafach then goes on to explain that the appeal process is, “a pretty nifty and painless process too. a breath of fresh air compared to previous App Store woes I have dealt with.” Hopefully, this opens other developers into challenging the rules that may be a little weird or restrictive in the App Store. Ultimately, this another good step for Apple amidst the fog of war with Epic Games.