In the past, major Android OS updates were notoriously difficult to produce for devices, and thus didn't often find their way to customers. That has become significantly easier following the introduction of Project Treble back in 2017. As it stands now, Pixel devices, some Samsung devices, and others are guaranteed three years of major Android updates. In the future, devices could be guaranteed four years of major Android updates, thanks to Google’s partnership with Qualcomm.

According to the Project Treble team, since making it easier to implement Android updates, “Android OS has been adopted earlier by OEMs and deployed in larger numbers to our users.” What’s more, the team has been “been focused on making OS updates easier and faster to deploy” while also “supporting updates for a longer time.” The latter part was previously more difficult, but thanks to Qualcomm's partnership, things are changing to make Android updates simpler for everyone involved. 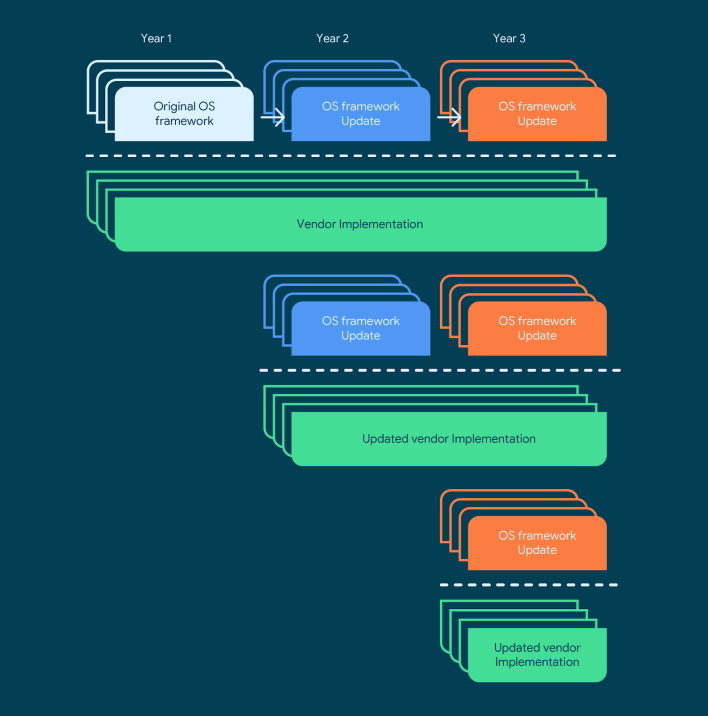 To accomplish the streamlining seen above, the Project Treble team has made it so that there is no retroactivity with SoCs and devices. This means for the consumer, in the future, you can expect up to 4 new Android OS updates and up to 4 years of security updates with lower costs associated with these updates for the device and SoC manufacturers. At the end of the day, the Project Treble team “look[s] forward to delivering the best of Android to our users faster, and with greater security for an extended period of time.”