We've heard rumors and even seen images of AMD's liquid-cooled Radeon RX 6900 XT, but now the card appears to be at least [semi] official. Product listings for the new graphics card have appeared on U.K. and Japanese retailer websites, where it is labeled as "Coming Soon."

The clean design features a single radiator, with AMD claiming that it "enables the best of 4K gaming with ultra-high frame rates at max settings, with the noise and temperature benefits of liquid cooling designs." Compared to the standard, air-cooled version, the Radeon RX 6900 XT will deliver even more performance, which means that we should expect a considerable price premium. 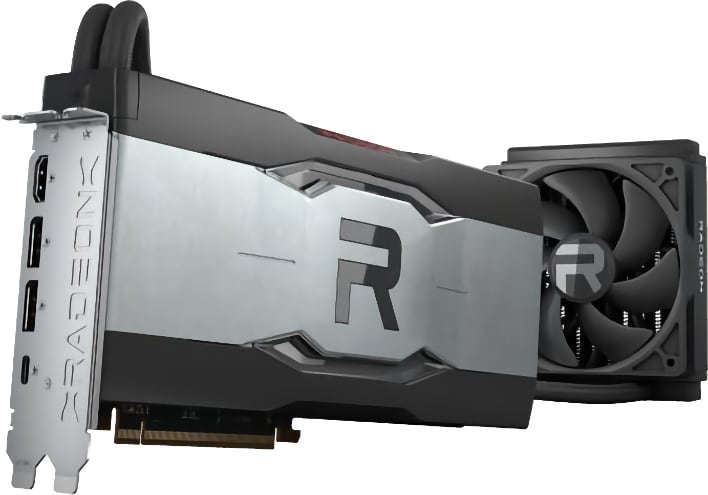 This will be a formidable graphics card for 4K gaming, and it will be interesting to see how it fares against the NVIDIA GeForce RTX 3090 and the new GeForce RTX 3080 Ti. With that being said, the folks over at BiliBili managed to get their hands on an early version of the card and indicate that it is roughly 5 percent faster than the reference Radeon RX 6900 XT.

At this time, AMD hasn't made an official U.S. announcement concerning the Radeon RX 6900 XT Liquid Cooled, but we'd imagine that one is coming very shortly. That leads us to questions of pricing and availability. The standard Radeon RX 6900 XT is priced at $999, but that is an arbitrary figure at this point, considering that it is nearly impossible to find one in stock from a reputable retailer. 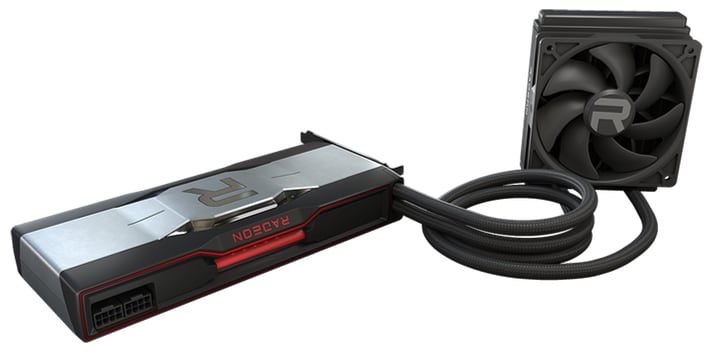 So, while we commend AMD and NVIDIA for pushing the envelope when it comes to performance, many gamers still don't have the opportunity to buy these graphics cards at MSRP, which is unfortunate.

Updated June 16th @ 10:53am
Maingear is currently offering the Radeon RX 6900 XT Liquid Cooled as a BTO option in its desktop systems.