AMD has witnessed a significant resurgence in the PC market with its Zen-based processors, which currently encompass the Ryzen 5000 family in the consumer space. However, the company is always looking for a competitive edge over its close rival Intel, and a new partnership with MediaTek could advance those efforts.

DigiTimes alleges that AMD and MediaTek are looking to form a joint venture that would allow intellectual property from the latter to integrate into SoCs from the former. The two companies have previously collaborated on the standalone AMD RZ608 Wi-Fi chip, which is a rebranded version of MediaTek’s MT7921K.

This new partnership would have bolder ambitions by putting MediaTek 5G modems (already integrated into its SoCs like the Dimensity 1200) directly within future Ryzen SoCs. In addition, MediaTek’s 5G solutions are affordable (likely because they only support sub-6GHz 5G spectrum), which is likely a critical factor in AMD’s decision. However, any fruits of this partnership are unlikely to hit the market before 2024. 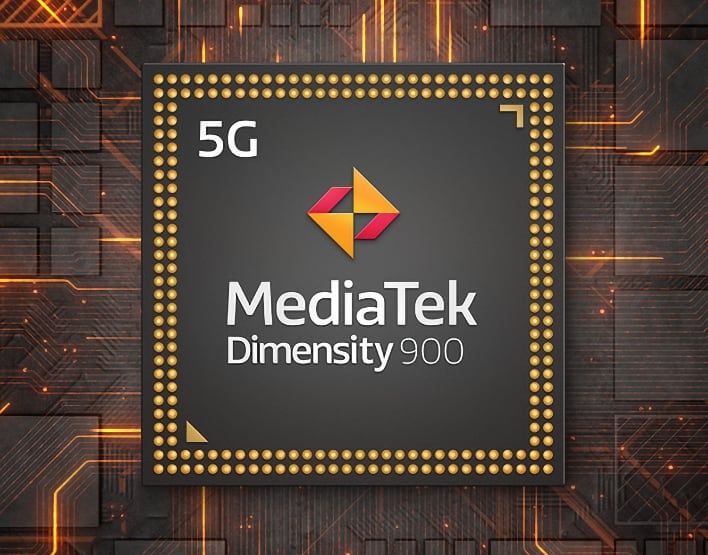 Qualcomm is usually the first company that comes to mind when it comes to cellular solutions for smartphones and laptops. With its SoCs that incorporate fast processors with integrated 4G LTE and 5G modems, the company gets to double-dip. Qualcomm even has Apple cornered, as all iPhones and cellular-equipped iPads use its modems (for now).

On the PC side, it’s a similar story, with Qualcomm securing the lion’s share of the market for 4G LTE and 5G modems for laptops. However, Intel is trying to muscle in by also partnering with MediaTek to add 5G connectivity to laptops via an M.2 stick.

AMD has shown a willingness to step outside its comfort zone, as witnessed by the integration of RDNA 2 GPU technology in Samsung’s upcoming Exynos SoCs. Teaming up with MediaTek not only gives AMD the chance to explore new avenues to differentiate its product lineups, but it will give Qualcomm more competition in a segments where it currently dominates.