AMD is strengthening its position in the workstation graphics market with the introduction of the Radeon Pro VII, which as you can imply from its name, is based on the consumer market Radeon VII graphics card. The Radeon VII was AMD’s first 7nm consumer graphics card, and remains its most powerful offering despite the arrival of new 7nm Navi (RDNA) architecture. 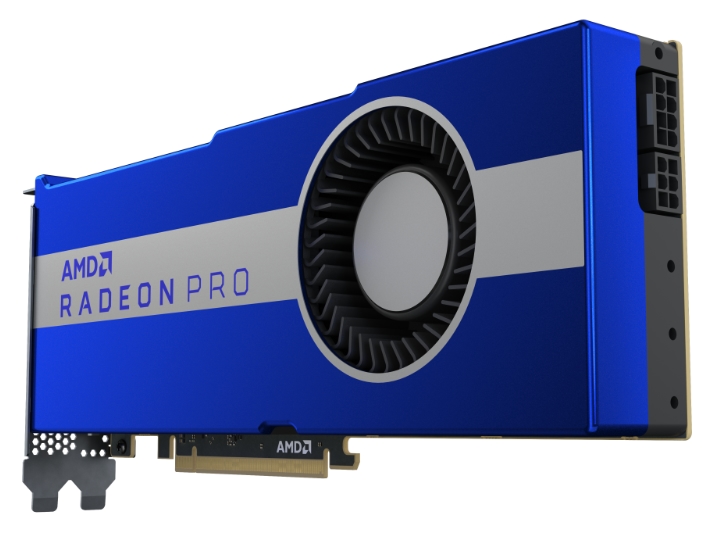 AMD supports the Radeon Pro VII with its Radeon Pro Software for Enterprise driver software, which the company says has delivered a 14 percent year-over-year performance boost for existing hardware. Likewise, updated Radeon ProRender software has been released, along with a new beta of the ProRender 2.0 SDK.

“Radeon ProRender 2.0 also lets developers boost their applications’ rendering performance with improved CPU + GPU rendering,” AMD explains. “For example, when tested with our internal render test with the just announced the AMD Radeon Pro VII plus the AMD Ryzen Threadripper 3990X working together, render times were up to 47 percent faster.”

Other updates include the release of AMD Radeon Rays 4.0, a new ProRender Plug-in for Unreal Engine 4, and plugin-in support for Blender 2.83.

AMD says that the Radeon Pro VII will be available next month priced at $1,899, and will be installed in systems from its “leading OEM partners”.