Misery loves company, and if you happen to experiencing issues applying the latest chipset drivers on your Ryzen platform, take whatever solace you can from knowing you are not alone. Others have run into problems too. This is something AMD attempted to address with a new chipset driver package, but for some, installation problems remain.
So, what's going on? Users reported problems with AMD's v2.03.12.10657 chipset driver not installing correctly or completely. After looking into the complains, AMD issued a new driver package, v2.04.04.111, that was supposed to fix the installation issues. And it did, but it also seems to have introduced another problem. 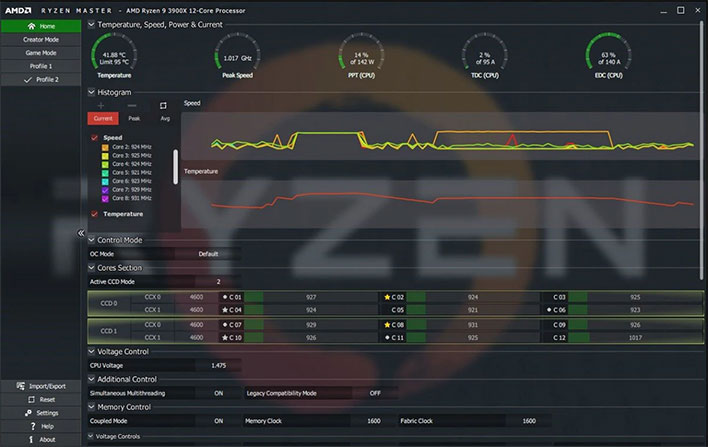 According to various complaints posted to ComputerBase's forum, the latest driver package fixes some issues, and causes more of them. While some users report success getting it installed, others have found that it does not install or update the GPIO driver to the latest release. Some people have also complained about various quirks with Ryzen Master, such as seeing increased CPU power consumption and wrong operating voltages.
The site is working with AMD to resolve the problems, and is asking that affected users posted the following information in the ongoing forum thread, which will then be forwarded to AMD anonymously...
It's not clear how many people are running into issues installing AMD's chipset drivers. Fortunately, it's not an across-the-board problem, but for those affected, this is certainly a frustrating experience.
This is present on a variety of chipsets, including X570, X470, X370, B450, B350, A320, X399, and TRX40 (Threadripper), all on Windows 10. It also covers a bunch of Ryzen processors, from the Ryzen 1000 series to the latest Ryzen 3000 series, as well as Threadripper and APU chips.
Are you running into any issues with AMD's chipset drivers? If so, let us know in the comments section below.