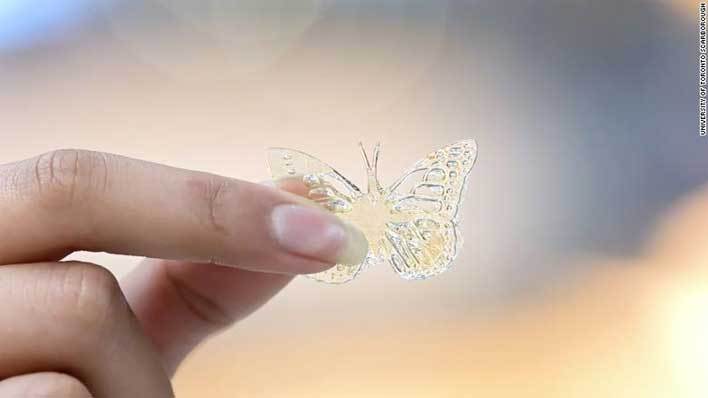 Researchers at the University of Toronto, Scarborough campus were having a problem with a 3D printer they use in the lab. The device itself was working fine, but the resin material used to print the objects they needed in the lab was incredibly expensive at nearly $500 per liter. The team was in the process of looking for a cheaper alternative when one of the researchers analyzed the resin material and determined that it was similar to fats that were found in ordinary cooking oil. The team says that breakthrough led them to begin work to see if they could turn cooking oil into a resin for 3D printing.

The next part was reaching out to fast food restaurants around the university to find someone willing to donate used cooking oil. According to the team, everyone said no except for McDonald's. The nearby McDonald's gave the researchers 10 liters of used cooking oil, and the first thing the team did was filter the oil to remove chunks of food particles left behind.

The next step was attempting to synthesize small batches of the used cooking oil to convert it into a high-quality resin. Each time resin was produced the team printed a butterfly using their 3D printer. The big breakthrough came in September when the team was able to successfully print a high-quality butterfly with details as small as 100 micrometers in size.

The resulting butterfly was rubbery to the touch with a waxy surface that repelled water according to the researchers. The butterfly was also "structurally stable" meaning it didn't break apart and held up at room temperature. The research yielded a commercially viable resin that the team estimates could be sourced for as little as $0.30 per liter of waste oil. Since the butterfly is made of fat, it is biodegradable. One researcher buried a sample butterfly in soil and found that 20 percent of it had disappeared over a two-week period. The McDonald's manager who donated the used cooking oil noted that it was also a great way to reuse and recycle waste cooking oil.

3D printing is huge in the academic world and in the commercial realm for making numerous components. The University of Maine currently operates the largest 3D printer in the world.