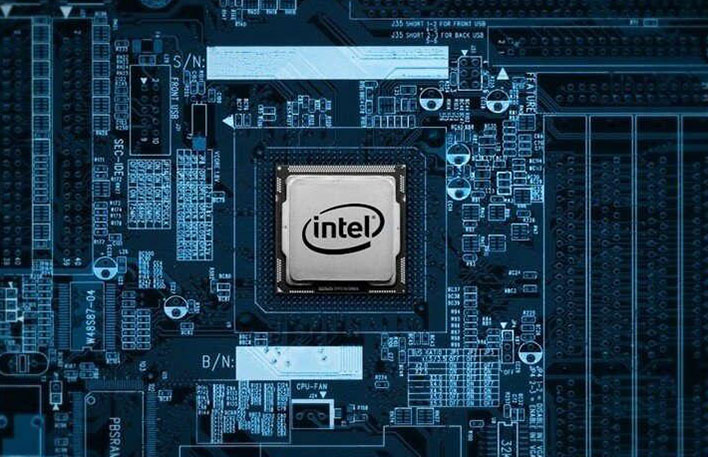 Intel has been going through a bit of rough patch over the past few weeks, following the disclosure that its 7nm products have been delayed, which led to an internal reorganization that resulted in the company's chief engineering officer departing the company. Now we're learning that Intel was also the victim of a massive security leak. More specifically, someone improperly gained access to login credentials to the Intel Resource And Design Center and its repository of intellectual property.

Twitter user @deletescape claims to have obtained a whopping 20GB of data files that were provided to him by an anonymous source; that same source reportedly breached Intel earlier this year. Unfortunately for Intel, the 20GB data dump isn't the worst part; according to @deletescape, this is just the first in a "series of large Intel leaks". 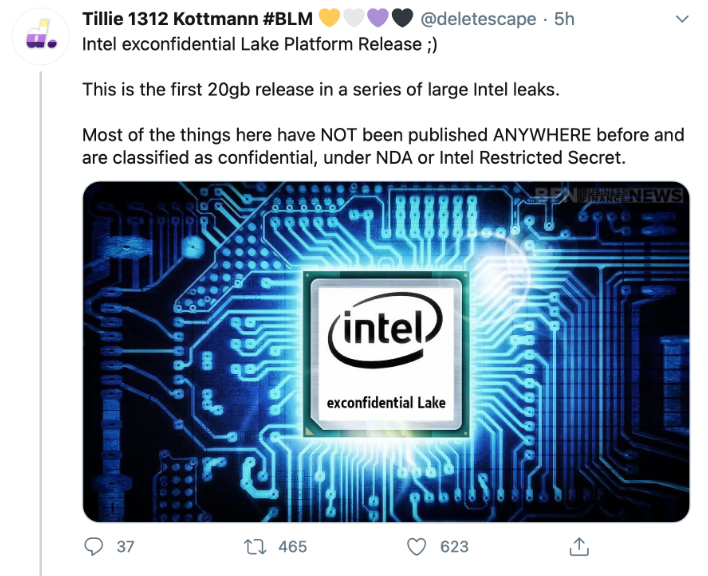 Given the sensitive nature of the files, the fact that the data is classified as "confidential" and  all under a Non-Disclosure Agreement (NDA), we are not going to even attempt to download or sift through the data (we are also not providing a link to the files). However, given the overview of the files that were obtained from Intel's servers, there is documentation relating to numerous internal Intel projects, including BIOS reference code (Kaby Lake), along with schematics and related materials for Intel's upcoming Tiger Lake family of laptop processors (and more). Here's the rundown according to the leaker of what’s included in this initial data dump:

We assume that the last entry is in relation to the upcoming additional data dumps improperly acquired from the Intel Resource And Design Center. For its part, Intel has responded back to HotHardware's inquiry concerning the leak with the following statement:

We are investigating this situation. The information appears to come from the Intel Resource and Design Center, which hosts information for use by our customers, partners and other external parties who have registered for access. We believe an individual with access downloaded and shared this data.

Interestingly enough, @deletescape claims that "future parts of this leak will have even juicer and more classified stuff" and that "If you find password protected zips in the release the password is probably either 'Intel123' or 'intel123'. This was not set by me or my source, this is how it was acquired from Intel."

This is definitely a very concerning development for Intel, and we wouldn't wish this kind of data breach on any tech company. We would offer that this does not appear to be a result of a network breach, but rather a case of some individual having access that shouldn't have. It’s also unclear when this data was downloaded, so whether or not the information is dated or current is also unknown. Regardless, it looks as though Intel will be in damage control mode going forward and will be working with forensics experts to track down the origin of the leak and make necessary changes to ensure that its data is better secured in the future.